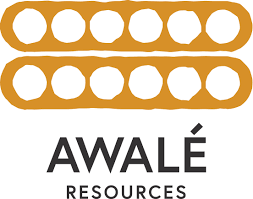 Awalé Resources Limited (TSX-V: ARIC) is pleased to announce initial results from the Fako and Fako South Prospects, these results form part of the Company’s maiden scout drilling program at the Bondoukou Project. Drilling has intercepted broad gold mineralisation within a large fuchsite/sericite/silica/chlorite alteration system. Results are pending for a further 8 holes at the Fako prospects, these results along with the remainder of the 57-hole drill program are expected in the first half of February.

Highlights from the scout drilling completed at Fako and Fako South are as follows; a full table of drill collars and significant intercepts for this release are included in table 1.

“First results from the maiden Bondoukou scout RC drill program has revealed a large-scale gold mineralised alteration system characterised by fuchsite and sericite. All 7 drill sections, which cover 4.5 strike kilometres contain the same alteration style, confirming the scale and potential of the prospect. Encouragingly, these first holes which include 20 metres at 1 g/t gold and grades of up to 5 g/t display mineralisation far greater in scale than any of the primary artisanal workings on surface, with exceptional scope to extend mineralisation at this prospect with further work.

“The drilling reported in this release was conducted over a small portion of the 38km-long Awari shear where with anomalous auger geochemistry remains open along strike in both northwest and southeast of the drilling. These results further validate the company’s exploration approach over areas of shallow cover and limited or no outcrop. The company will follow up these promising initial results and continue to test this structure.

“Our team is working on understanding the geology and relationships between the alteration and mineralisation in anticipation of further results. Once pending results are received, a full geological interpretation will be completed, allowing for planning of extension and infill drilling.

“Further drilling programs will be run parallel to greater geochemical sampling along the Awari Shear as well as other prospects bringing them to drill-ready status.

“I look forward to updating the market as the balance of results unfold with an enhanced understanding of this system.”

Background to the Fako and Fako South Drilling

Results have been returned for 15 of 23 holes drilled at the Fako and Fako South prospects (BERC0001 to BERC0023). Average hole depth was 70 metres for the 1,631 metres drilled at the two prospects. Results from the remaining eight holes are expected in the first half of February. This drilling forms part of a greater 57-hole 4743 metre scout drill program for over five gold prospects at the Bondoukou Project. The drill program was completed on the 22nd of December 2017.

Drilling at Fako consisted of seven reconnaissance drill lines that focussed on a six kilometre section of the 38 kilometre long Awari Shear. This area was initially defined by a 6km long greater than 50pbb auger anomaly which sits both over and along strike from well-developed artisanal mining areas, consisting of shallow pitting on quartz veins and broader colluvial workings. Resistive/chargeable IP anomalies were found to be coincident with the Auger anomalies, forming coherent scout drilling targets along with the artisanal workings in the vicinity. Importantly the alteration can be traced between each drill section for 4.5 kilometres and is open along strike and down dip – hole BERC0008 ended in mineralisation.

The mineralised zones occur within a large fuchsite alteration system with localised moderate to strong sericite/chlorite/silica and potassic overprinting or zoned alteration. The alteration is also associated with several phases of quartz veining and disseminated sulphide. Some quartz phases are mineralised, while others are barren, sulphide occurs in conjunction with all types alteration but is not always associated with mineralisation.  Paragenetic relationships between veining, alteration and gold mineralisation are poorly understood at this early stage.

Figure 2 is a photo of drilling chips from the 20-metre mineralised zone from hole BERC0008 (60 to 80 metres), with the hole ending in mineralisation, depicting the strong fuchsite alteration, quartz veining and silica/sericite alteration. Rocks hosting the alteration system consist of moderately to strongly sheared intermediate intrusive and volcanic rocks. Thinner mafic to ultramafic lithologies have also been recognised in the logging. All pending holes have weak strong fuchsite alteration, quartz veining, and varying combinations of sericite, potassic and chlorite alteration, results from these holes are awaited to contribute to a more complete geological framework for mineralisation and a plan for further work on the prospect, which will likely commence with diamond drilling to aid in construction of a stronger geological and exploration model.

Mineralised intervals presented in Table 1 are drill intersection widths and may not represent true widths of mineralisation. Drill chips obtained from the Reverse Circulation drill program were logged on site with a representative sample of sieved and washed drill chips stored in plastic tray for a geological record. All drill samples were weighed for recovery estimation. Subsequent to completion of logging, samples were transported to a holding area or bag farm under constant supervision where sampling for analysis was completed. Standard sampling protocol involved the splitting of the bulk RC sample with a Jones Riffle Splitter for 1 m intervals in clearly or suspected mineralised sections. Two metre composite samples were collected with a spear for non-mineralised intervals.  All bulk bags have been stored under constant supervision until completion of analysis when any 2m composite samples above 0.2g/t will be re-split to 1 metre intervals.

Sampling equipment was cleaned with a clean brush and compressed air after each sample and the sample placed in a clean, new plastic bag with a sample tag inserted and sealed immediately for dispatch to the laboratory for analysis. Samples have been prepared by ALS Laboratories’ preparation facility in Yamoussoukro Cote d’Ivoire and analysed at ALS Laboratories’ analytical facility in Kumasi, Ghana. samples have been analysed for gold using a 50g Fire Assay with AAS finish (with gravimetric methods for high grade samples). Standards and blanks were inserted in to the analytical sequence on the basis of one standard for every 20 samples, 2 blanks in every batch, additionally one duplicate was taken every 20 samples.

Table 1. Technical and assay data for drill holes reported in this release (all holes from the Fako and Fako South prospects)