Avino Silver & Gold Mines Ltd. (TSX: ASM) (NYSE American: ASM) (FSE: GV6)  is pleased to announce initial drill results from Phase 1 of the drill campaign which was announced as part of the Company’s exploration plans for 2021.

“The results of this initial drill program are encouraging as we had some significant grades hit at each location,” said David Wolfin, President and CEO. “We will integrate this information into our geological model to improve our understanding as we continue to look for economic deposits similar to our San Gonzalo mine while at the same time looking to add M&I resources at our Avino mine.  We have been test targeting a few holes at a time to determine potential areas to further focus on, as well as building a database of geological information.”

The reported results below are from the El Trompo Vein, the Santiago Vein, and the recently announced La Malinche Vein.

The El Trompo Vein is a priority target as it is an offshoot of the Avino Vein, which has been one of the feeder veins for the Company’s milling complex. Historical data indicates there are high grade areas within the vein over considerable widths, and there is underground infrastructure adjacent to the vein, which would allow access for mining. The structure has already been exposed and developed on the upper levels in the ET Area of the Avino Vein. Drilling on this vein has been from surface to confirm continuity of the mineralization at depth.

The recent El Trompo drilling has demonstrated continuity along 250 m of strike at a depth pf 120 m below surface.

The Santiago vein lies further north in the Avino mining district in an area of narrow veins that average 1 to 2 metres in width and intersects the San Gonzalo vein with mineralization similar to the historically high-grade San Gonzalo silver-gold mineralization. The San Gonzalo mine previously produced 6 million ounces of silver equivalent until closing in 2019. The continuity of the mineralization of the Santiago vein is being tested, as well as an apparent displacement by the San Gonzalo fault. This target will be drilled from surface. Because of the close proximity to San Gonzalo underground infrastructure, mining access is close by, if significant mineral resources are found.

The La Malinche vein has been tested by six holes and the assays are shown in Table 3. The style of mineralization intersected resembles the low-sulphidation epithermal San Gonzalo vein. This vein may represent a northwestern fault-dislocated extension of the San Gonzalo vein.

More exploration work will be conducted to confirm this concept and broaden understanding of the system.

True Widths cannot be determined with the available information.

These drill results are encouraging as the presence of mineralized material in the La Malinche Vein has been shown to extend along a strike distance of 250 metres and to a depth of 75 metres from surface. The 650 metre gap between the La Malinche vein and the northwest termination of the San Gonzalo vein remains prospective.

Testing on other known veins in the area are as follows:

Assays of samples are pending for these areas as well as two holes for La Malinche.

In addition, a new interpretation of the Avino footwall vein adjacent to the El Trompo vein is being probed and 400 metres has been drilled. Assays of the samples are currently pending.

Avino is currently infill drilling the oxide tailings resource that sits within our tailings storage facility #1 (“TSF#1”). We have 200 holes planned of which we have drilled approximately 57 holes. Assays of the samples are pending. In 2017, Avino released an encouraging Preliminary Economic Assessment (“PEA”), which can be found on Avino’s profile on SEDAR. One of the recommendations from the PEA was to perform additional surface drilling to increase the confidence level of the resource. This would be done in anticipation on commencing a Pre-Feasibility Study (“PFS”). Avino is currently proceeding with the recommended drilling with the intention of making a decision to proceed with a PFS later in the year.

Avino’s projects in Durango, Mexico are under the geoscientific oversight of Michael O’Brien, P.Geo., Senior Principal Consultant, Red Pennant Communications, and under the supervision of Peter Latta, P.Eng, Avino’s VP, Technical Services, who are both qualified persons within the context of NI 43-101. Both have reviewed and approved the technical data in this news release.

Avino is primarily a silver producer with a diversified pipeline of silver, gold, and base metal properties in Mexico. Avino produces from its wholly owned Avino Mine near Durango, Mexico. The Company’s silver and gold production remains unhedged. The Company’s mission and strategy is to create shareholder value through its focus on profitable organic growth at the historic Avino Property and the strategic acquisition of mineral exploration and mining properties. We are committed to managing all business activities in a safe, environmentally responsible and cost-effective manner, while contributing to the well-being of the communities in which we operate. 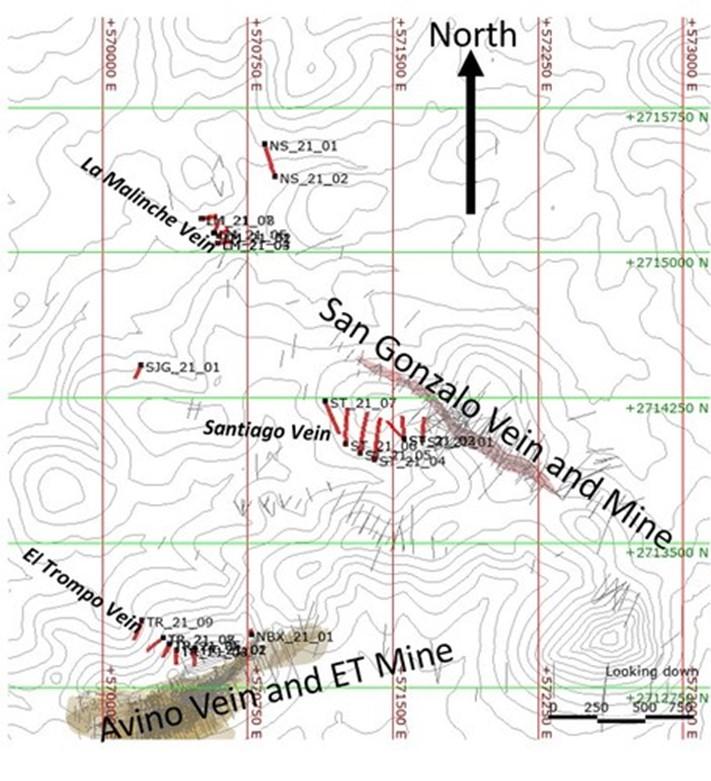