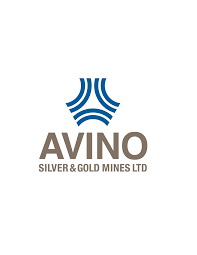 The Company intends to use the net proceeds from the offering primarily for advancing the development of the Avino mine and its operations and production, and to a lesser extent for the exploration and development of the Bralorne Mine Property, and for general working capital.

The shares and warrants were offered pursuant to an effective shelf registration statement on Form F-3 (File No. 333-226963), that was previously filed with the Securities and Exchange Commission (“SEC”) and declared effective on September 5, 2018. The securities were offered only by means of a prospectus. A final prospectus supplement and the accompanying prospectus was filed with the SEC and is available on the SEC’s website at www.sec.gov, as well as under the Company’s profile on the SEDAR website at www.sedar.com, and may also be obtained from H.C. Wainwright & Co., LLC, 430 Park Avenue, 3rd Floor, New York, NY 10022, by calling (646) 975-6996 or emailing placements@hcwco.com.  In connection with the offering, the Company relied on the exemptions in Section 602.1 of the Toronto Stock Exchange Company Manual.

Avino is a silver and gold producer with a diversified pipeline of gold, silver and base metals properties in Mexico and Canada employing close to 600 people.  Avino produces from its wholly owned Avino and San Gonzalo Mines near Durango, Mexico, and is currently planning for future production at the Bralorne Gold Mine in British Columbia, Canada. The Company’s gold and silver production remains unhedged. The Company’s mission and strategy is to create shareholder value through its focus on profitable organic growth at the historic Avino Property near Durango, Mexico, and the strategic acquisition of mineral exploration and mining properties. We are committed to managing all business activities in an environmentally responsible and cost-effective manner, while contributing to the well-being of the communities in which we operate.