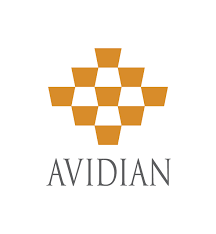 Avidian Gold Corp. (TSX-V: AVG) is pleased to announce that it has closed the previously announced (see July 6, 2020 and July 10, 2020 news releases) non-brokered, private placement for gross proceeds of $2,000,000. The private placement consisted of “Units” at $0.10 per Unit. Each Unit consists of one common share of the Company and one Common Share purchase warrant exercisable into a Common Share at a price of $0.14 for twenty-four (24) months following the issuance of Warrants. The terms of the Warrants restrict the exercise of the Warrants if such exercise would cause the warrant holder to hold 20% or more of the Common Shares without having previously obtained required approvals in accordance with the policies of the TSX Venture Exchange.

The Company advises that Mr. Eric Sprott has acquired the 20,000,000 Units pursuant to the Offering and that the Company has determined that it is in the best interest of its shareholders to decrease the size of the Offering from the previously announced $2,500,000 to $2,000,000.

David Anderson, Chairman and CEO of Avidian states: “We are very pleased to welcome Eric on board as a major shareholder. Eric is a recognized gold expert and his investment in Avidian is in our opinion, recognition of the potential of the advanced stage, exploration projects we hold in Alaska and Nevada. His investment is significant and timely as we launch our summer programs. We look forward to announcing detailed exploration plans in the coming days.”

The net proceeds from the Offering shall be primarily used for the development of Avidian’s mineral properties and for general and administrative expenses. The securities issued pursuant to the Offering will be subject to four months and a day statutory hold period in accordance with applicable Canadian securities laws.

The Units were acquired by Mr. Sprott for investment purposes. Mr. Sprott has a long-term view of the investment and may acquire additional securities of Avidian or dispose of securities of Avidian, including on the open market or through private acquisitions or disposition in the future depending on market conditions, reformulation of plans and/or other factors that Mr. Sprott considers relevant from time to time. For the purposes of this notice, the address of Mr. Sprott is 200 Bay Street, Suite 2600, Royal Bank Plaza, South Tower, Toronto, Ontario M5J 2J1.

In satisfaction of the requirements of the National Instrument 62-104 – Take-Over Bids and Issuer Bids and National Instrument 62-103 – The Early Warning System and Related Take-Over Bid and Insider Reporting Issues, an Early Warning report respecting the acquisition of Units by and a copy of the early warning report may also be obtained by calling Mr. Sprott’s office at (416) 945-3294 (200 Bay Street, Suite 2600, Royal Bank Plaza, South Tower, Toronto, Ontario M5J 2J1).

The information in respect of the Golden Zone project is adopted from the Technical Report on the Golden Zone Property, August 17, 2017, L. McGarry P.Geo & I. Trinder P.Geo, A.C.A Howe International Ltd.

Avidian is the majority owner of High Tide Resources, a private company with an option on the Labrador West iron ore property and owns the base metal Strickland Property and the Black Raven gold property, all located in Newfoundland and Labrador, Canada.

Avidian is focused on and committed to the development of advanced stage mineral projects throughout first world mining friendly jurisdictions using industry best practices combined with a strong social license from local communities. Further details on the Corporation and the individual projects, including the NI 43-101 Technical report on the Golden Zone property, can be found on the Corporation’s website at www.avidiangold.com.

The technical information in this news release has been approved by Steve Roebuck, P.Geo and President of Avidian Gold, who is a Qualified Person as defined in National Instrument 43-101 – Standards of Disclosure for Mineral Projects.