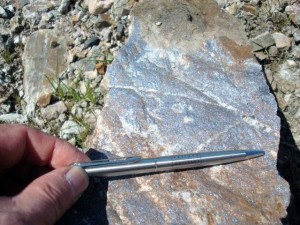 Avanti Mining Inc. (TSX-V:AVT) (PINKSHEETS:AVNMF) is pleased to announce the commencement of construction activities at its Kitsault project on June 23, 2014, after receiving an “Occupant License to Cut” from the BC Ministry of Forests Lands and Natural Resource Operations and other secondary construction related approvals.

The receipt of these approvals, which followed the amended Mines Act permit issued on June 13, 2014, allowed Avanti to initiate site activities at Kitsault. Contractors have now started with road construction and are being mobilized to commence camp construction activities.

“We are very excited about the commencement of construction work at Kitsault,” said Jeff Lowe, Chief Operating Officer of Avanti. “This is a significant milestone for the Kitsault molybdenum project and marks the completion of a very important aspect of Avanti’s permitting efforts.”

Avanti is focused on the development of the past-producing Kitsault molybdenum mine located north of Prince Rupert, British Columbia. The Kitsault Mine Project received an environmental assessment certificate from the province of British Columbia in March 2013 and an amended Mines Act Permit (M-10) on June 13, 2014. A federal environmental assessment decision is expected in the near future.