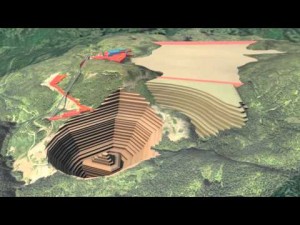 Avanti Mining Inc. (TSX-V:AVT) (PINKSHEETS:AVNMF), its wholly owned subsidiary Avanti Kitsault Mine Ltd. and the Nisga’a Nation are pleased to announce that they have concluded a comprehensive agreement in connection with Avanti’s proposed Kitsault Molybdenum Mine Project in northwestern British Columbia. The agreement will address a number of outstanding Nisga’a concerns in respect of environmental protection, provide economic benefits to the Nisga’a Nation (including a net smelter royalty of up to 2% based on prevailing molybdenum prices), and resolve all outstanding litigation.

The project is located within the Nass Area, in which the Nisga’a Nation has certain treaty rights under the Nisga’a Final Agreement. Avanti and the Nisga’a Nation previously had a number of outstanding differences regarding the project and related permitting, but have recently been in direct discussions to resolve those issues and that has proven successful.

“We are pleased to have finally reached an agreement with Avanti that will enable the project to proceed while ensuring that our treaty rights are respected, and our Nation’s environment is protected,” said Mitchell Stevens, President of the Nisga’a Nation. “We wish to congratulate Avanti’s new executive team who approached us with a sincere interest in addressing our concerns with the Project, which we were then able to work through without delay. This demonstrates that when proponents take the Nisga’a Nation’s interests and concerns seriously, practical agreements can be reached in a timely manner. We are now counting on the provincial and federal governments to fulfil their responsibilities under our Treaty in respect of this and other projects in our area.”

“This agreement marks the start of a new and promising chapter in our relations with the Nisga’a Nation,” said Avanti President and Chief Executive Officer, Gordon Bogden. “We are confident it will provide meaningful benefits to all parties, including Nisga’a individuals and businesses, and we look forward to growing this partnership.”

The Kitsault Mine operated previously from 1968 to 1972 and from 1980 to 1982. Construction to reopen the project under a modern day mine plan is expected to start in 2014, subject to receipt of final permits. Total investment in the project will be approximately $1-billion and, when in production, the mine will provide up to 300 full-time jobs during its anticipated 14-year life. The project will be subject to extensive environmental and permitting conditions and monitoring programs. The Kitsault Mine Project received an environmental assessment certificate from the province of British Columbia in March 2013. A federal environmental assessment decision is expected in the near future.