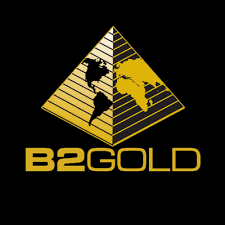 “The scale of the mineralized system at Helmi is expanding favorably. Gold mineralization has now been intersected along a strike length of over 1.3 km and at least to 500 m depth from surface.” Commented Aurion’s CEO, Matti Talikka. “The current 11,000 m drilling program is progressing well, with two drill rigs turning on the JV property, targeting the Helmi Discovery and regional targets identified from the geophysical and geochemical surveys.”

Figures associated with this release can be found at the following link:

Mineralization at Helmi is mainly hosted by strongly deformed and biotite-chlorite+/-magnetite-altered, quartz-carbonate-magnetite veined ultramafic rocks and mafic tuffs with fine grained veinlet and disseminated pyrite. Gold mineralization has also been encountered in sedimentary rocks across the domain boundary.

The summer-fall drill program is a follow-up to the successful winter-spring drill program at Helmi. The approximately 11,000 m program, commenced in June, is designed to further test the strike and depth extensions of the mineralized zones at Helmi and regional targets identified from the geophysical and geochemical surveys.

This press release contains results for three holes (1,460.30 m) that targeted the Helmi Discovery. The drill results returned the widest interval of gold mineralization to date at Helmi and extended the mineralized envelope to at least 500 m depth from surface.

Drill hole IKK22037 was collared from the same site as IKK22036 and was drilled from north to south as an undercut hole to IKK22036. IKK22037 did not intersect significant mineralization.

B2Gold is the operator of the JV. The expanded budget for 2022 is approximately CAN$13.5 million (from CAN$10.0 million) and includes approximately 17,000 m of drilling. The JV will also continue to perform geophysical surveys and base of till sampling programs that have been successfully used to generate drill targets.

This news release has been reviewed by Andrew Hussey, P.Geo., GIS Geologist and Database Manager for Aurion Resources, a Qualified Person as defined by National Instrument 43-101. For more information on these projects please visit our website at www.aurionresources.com.

Aurion Resources Ltd. is a well-funded, Canadian exploration company listed on the TSX Venture Exchange and the OTCQX Best Market. Aurion’s strategy is to generate or acquire early-stage precious metals exploration opportunities and advance them through direct exploration by our experienced team or by business partnerships and joint venture arrangements. Aurion’s current focus is exploring on its Flagship Risti and Launi projects, as well as advancing its joint venture properties with B2Gold and Kinross in Finland.