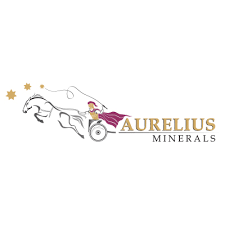 Aurelius Minerals Inc. (TSX-V: AUL) (OTCQB: AURQF) is pleased to continue to report high-grade results from its flagship Aureus East Gold Project in Nova Scotia, Canada with the release of results from two drill holes. The Company is drilling at the Aureus East Project to define a new gold mineral resource and continue expanding upon the successes of the Phase 1 and initial Phase 2 program results. The holes reported today were from underground Pad 3, focusing on expanding mineralization along strike to the East, and at depth, resulting in continued identification of previously overlooked gold horizons and an expanding limb system and continues to improve confidence in the continuity of mineralization ahead of the expected updated resource estimate.

Aurelius’ CEO, Mark Ashcroft said, “We are pleased with today’s drill results and the overall success of our campaign to date as we continue to demonstrate the high grade nature and continuity of our flagship Aureus East Gold Project. Our understanding of the geology continues to evolve with every drill hole, as does the potential to significantly increase our highly anticipated updated resource statement. Further results from the lab for another nine drill holes, comprising approximately 2,500m of core assays are expected over the next eight weeks. This will help further delineate the deposit as we work towards our updated resource on Aureus East in Q1 2022.” 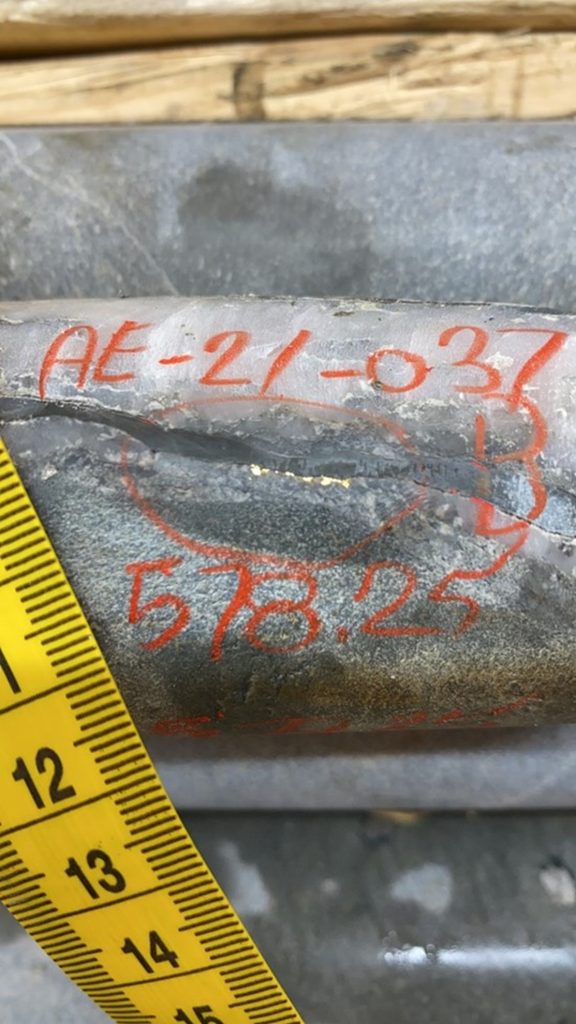 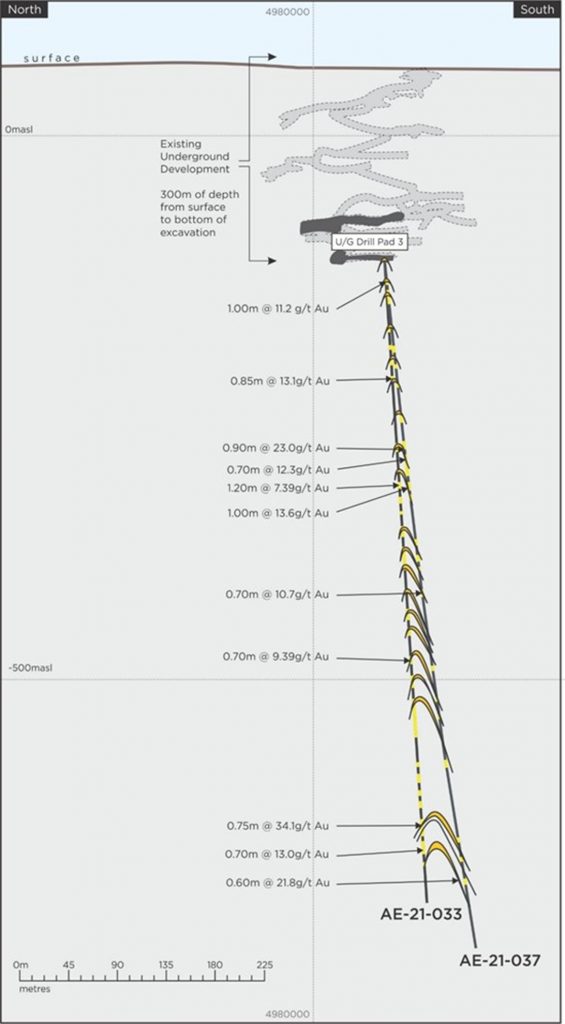 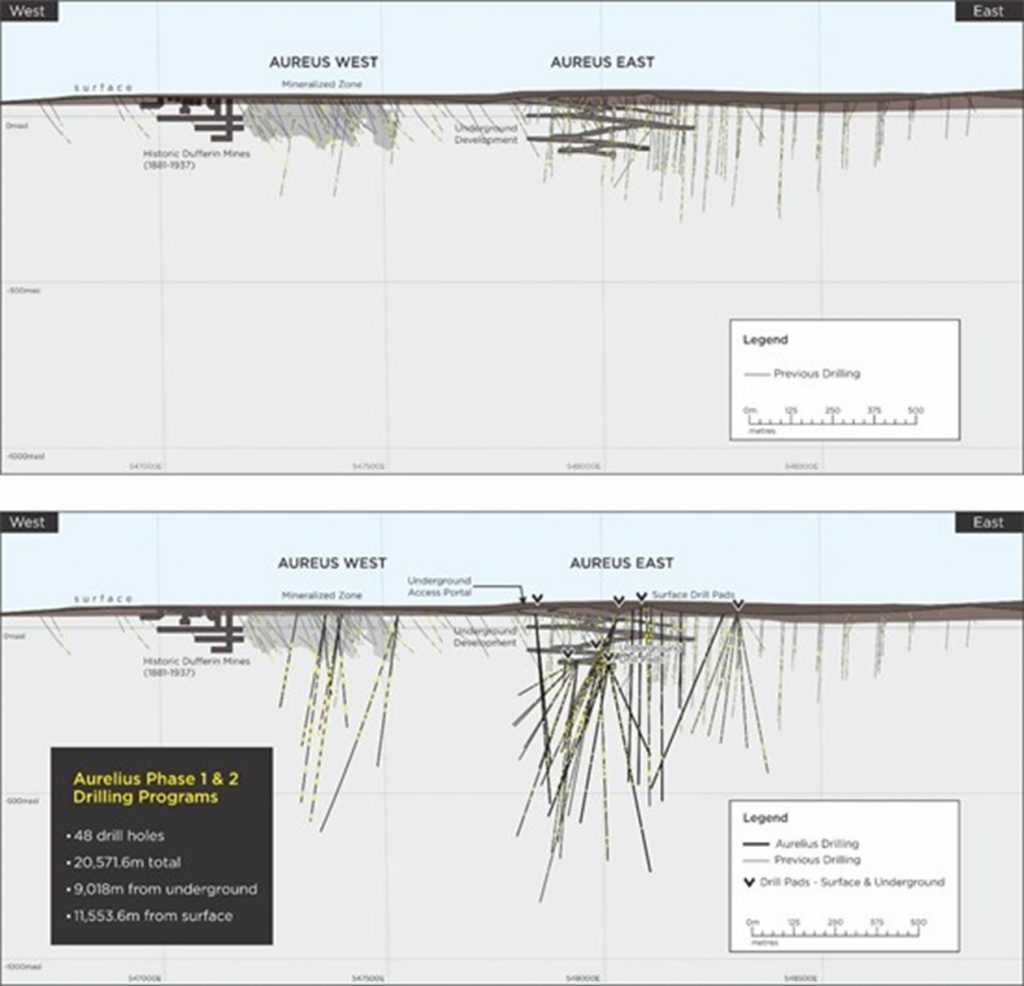 With the Phase 2 drilling at Aureus East now completed, the near-term focus has shifted to a recently commenced underground sampling campaign. Aurelius believes there is considerable opportunity to identify continuous mineralization directly adjacent to the existing underground development infrastructure. Channel sampling in the underground drifts, where saddle reefs are exposed, will be the priority in this area. The sampling program will include the walls and floor in Gold Zone 2, which already contains gold mineralization, and its results will be incorporated into the upcoming mineral resource estimate for Aureus East. Nordmin Engineering has been retained to prepare the resource estimate, expected in Q1 2022.

Aurelius currently has assays in the lab consisting of nine holes totalling 3,114 samples from both underground and surface holes. With the current backlog of assays at the lab, the Company anticipates receiving these results over the next eight weeks. The Aurelius exploration approach involves stepping back and taking a wider view of opportunities for new gold mineralization and part of that is considering potentially overlooked gold in historical drilling.

Aurelius has developed and implemented compliant precautions and procedures that are in line with guidelines for the Province of Nova Scotia. Protocols were put in place and are updated where necessary to ensure the safety of our employees, contractors, and the communities in which we operate.

Individual drill core samples are labeled, placed in plastic sample bags and sealed. Groups of samples are then placed into durable rice bags and then shipped by courier for analyses to ALS Geochemistry, Moncton, New Brunswick. Sample preparation occurs at ALS in Moncton where samples are weighed, dried, crushing one kilogram to 70 percent less than two millimeters and then pulverized to create a one-kilogram sample with 85 percent less than seventy-five microns. Potential high-grade gold samples are sent for metallic screen fire assay and remaining material is assayed for 50-gram fire assay and samples grading more than 100 parts per million have a gravimetric finish performed. When visible gold is encountered the Company samples both halves of the core. The remaining coarse reject portions of the samples remain in storage if further work or verification is needed. The Company inserted control samples (accredited gold standards, blanks and duplicates) at least every 20 samples and monitors the control samples inserted by ALS.

Aurelius is also focused on advancing two district-scale gold projects in the Abitibi Greenstone Belt in Ontario, Canada, one of the world’s most prolific mining districts; the 968-hectare Mikwam Property, in the Burntbush area on the Casa Berardi trend and the 12,425-hectare Lipton Property, on the Lower Detour Trend.

The Company has a management team with experience in all facets of the mineral exploration and mining industry who will be considering additional acquisitions of advanced staged opportunities in Nova Scotia, the Abitibi and other proven mining districts.