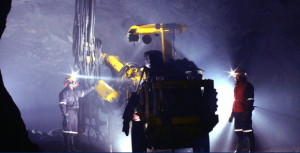 All securities issued in connection with the Offering are subject to a hold period under applicable Canadian securities laws expiring four months and one day following the issuance of the securities.

The net proceeds from the Offering will be used for the acquisition of mining equipment at the La Negra mine, exploration drilling at the La Negra property and for general working capital purposes.

The offer and sale of the securities offered in the Offering has not been and will not be registered under the U.S. Securities Act of 1933, as amended, or any state securities laws, and such securities may not be offered or sold in the United States absent registration or an applicable exemption from such registration requirements. This press release shall not constitute an offer to sell or the solicitation of an offer to buy the securities in the United States or in any jurisdiction in which such offer, sale or solicitation would be unlawful.

Aurcana Corporation is a primary silver producing company with two properties: the La Negra Mine in Mexico and the Shafter project in Texas, US. The latter was put on care and maintenance in December 2013, in part due to depressed silver prices. The Company continues to plan further expansion at its La Negra Mine and to focus on surface exploration on its extensive land holdings in the Maconi Mining District.