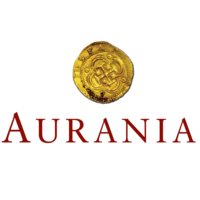 Aurania Resources Ltd. (TSX-V: ARU) (FSE: 20Q) announces that the Company has closed its previously announced overnight marketed public offering of units of the Company including exercise in full of the over-allotment option. A total of 2,507,000 Units were sold at a price of C$3.10 per Unit for gross proceeds of approximately C$7.77 million. Each Unit is comprised of one common share in the capital of the Company and one Common Share purchase warrant. Each Warrant shall entitle the holder to purchase one Common Share at C$4.25 at any time until April 1, 2024. The Offering was completed pursuant to an underwriting agreement dated March 18, 2021 among the Company and Cantor Fitzgerald Canada Corporation, as lead underwriter and sole bookrunner, and a syndicate of underwriters including Canaccord Genuity Corp. and Echelon Wealth Partners Inc.

Anticipated use of the proceeds of the Offering will be applied to Aurania’s scout drilling program, which is designed to drill test various target areas identified by the Company’s geological and geophysical programs on its Lost Cities – Cutucú Project in Ecuador, and for working capital and general corporate purposes.

The Offering was completed pursuant to a short form prospectus in Canada in the provinces of Ontario, British Columbia and Alberta. This press release does not constitute an offer to sell or the solicitation of an offer to buy securities, nor will there be any sale of the securities in any jurisdiction in which such offer, solicitation or sale would be unlawful prior to the registration or qualification under the securities laws of any such jurisdiction.

The Company intends to complete its previously announced private placement of Units (which will have substantially the same terms and conditions as the Units issued in the Offering) for gross proceeds of up to $1,500,000, during the week of April 5, 2021.