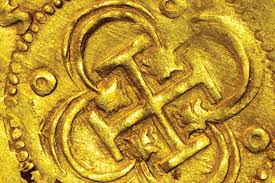 Aurania Resources Ltd. (TSX-V: ARU) (FSE: 20Q) announces that it has closed its non-brokered private placement of units of the Company (the “Units”), which was conducted alongside the Company’s overnight marketed offering that was successfully completed and announced by the Company in a news release that was issued earlier today.

A total of 1,256,037 Units were sold in the Private Placement at a price of $1.80 per Unit, for gross proceeds to the Company of approximately $2.26 million (which are in addition to the approximately $6.9 million in gross proceeds raised by the Company in the Public Offering). Each Unit is comprised of one common share in the capital of the Company and one Common Share purchase warrant. Each Warrant shall entitle the holder to purchase one Common Share at an exercise of $2.20 at any time until October 21, 2026.

The Warrants issued in the Private Placement and the Public Offering are governed by the terms of a warrant indenture dated October 21, 2021, between the Company and TSX Trust Company, as warrant agent, a copy of which is, or shortly will be, available under the Company’s SEDAR profile at www.sedar.com. For further details regarding the Warrants, please refer to the Warrant Indenture.

The Company is also pleased to announce that the TSX Venture Exchange has conditionally accepted for listing the 1,256,037 Warrants underlying the Units issued pursuant to the Private Placement. The Warrants issued in connection with the Private Placement are expected to be listed on the TSX-V, together with the Warrants issued in connection with the Public Offering, under the symbol “ARU.WT.B” effective on or about October 29, 2021.

Pursuant to the terms and conditions of the underwriting agreement pursuant to which the Public Offering was completed, the Company has also paid to the underwriters in the Public Offering a cash commission equal to 2% of the gross proceeds from the Private Placement (totaling approximately $45,217). The Company has also agreed to pay to certain eligible finders a fee equal to 7% of the gross proceeds raised from subscriptions introduced to the Company by such finders (totaling in aggregate approximately $16,604).

The Private Placement remains subject to the final acceptance of the TSX-V. The Common Shares and Warrants comprising the Units, and the Common Shares underlying the Warrants, are subject to a statutory hold period of four months and a day from the date of issuance and, as applicable, hold periods under United States securities laws.