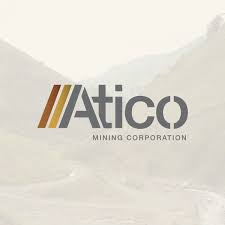 Atico Mining Corporation (TSX-V: ATY) (OTC: ATCMF) announces its operating results for the three months ended September 30, 2018 from its El Roble mine. Production for the quarter totaled 5.36 million pounds of copper and 3,010 ounces of gold in concentrates, an increase of 5% for copper and 6% for gold, respectively, over the same period in 2017.

“We are pleased to report another strong quarter of production as the El Roble mine continues to operate at a steady state level while the Company remains on track to deliver on our 2018 operational objectives,” said Fernando E. Ganoza, CEO. “For remainder of the year, we will continue optimizing the operation and executing the aggressive exploration drilling program at the El Roble property looking for additional mineralization both regionally and at mine vicinity.”

The operation remains on track to deliver on set guidance throughout the remainder of the year.

Note: Metal production figures are subject to adjustments based on final settlement.

The El Roble mine is a high grade, underground copper and gold mine with nominal processing plant capacity of 800 tonnes per day, located in the Department of Choco in Colombia. Its commercial product is a copper-gold concentrate.

Since obtaining control of the mine on November 22, 2013, Atico has upgraded the operation from a historical nominal capacity of 400 tonnes per day.

El Roble has a measured and indicated resource of 1.87 million tonnes grading 3.46% copper and 2.27 g/t gold, at a cut-off grade of 0.93% copper equivalent. Mineralization is open at depth and along strike and the Company plans to further test the limits of the resource.

On the larger land package, the Company has identified a prospective stratigraphic contact between volcanic rocks and black and grey pelagic sediments and cherts that has been traced by Atico geologists for ten kilometers. This contact has been determined to be an important control on VMS mineralization on which Atico has identified numerous target areas prospective for VMS type mineralization occurrence, which is the focus of the current surface drill program at El Roble.

Mr. Thomas Kelly (SME Registered Member 1696580), advisor to the Company and a qualified person under National Instrument 43-101 standards, is responsible for ensuring that the technical information contained in this news release is an accurate summary of the original reports and data provided to or developed by Atico.

Atico is a growth-oriented Company, focused on exploring, developing and mining copper and gold projects in Latin America. The Company operates the El Roble mine and is pursuing additional acquisition opportunities.