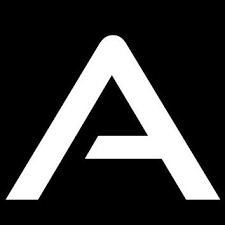 ATAC Resources Ltd. (TSX-V: ATC) is pleased to announce that 2020 phase two exploration work at its Airstrip target encountered broad intervals of gold mineralization. The ~11.5 km2 Airstrip target is part of the Rau Project, located at the western end of its 1,700 km2 Rackla Gold Property in east-central Yukon.

“Our first six diamond drill holes at Airstrip have successfully demonstrated the presence of orogenic gold mineralization over a considerable area. Systems like this are typically complex and have broad lower grade zones with higher grades concentrated in key structural areas,” stated President and CEO, Graham Downs. “The 2020 exploration program has barely scratched the surface of this large 11.5 km2 gold anomaly, and we have already identified multiple broad horizons of gold mineralization. Future work will allow us to systematically test the 6 km long target area for structurally favourable zones with higher grades.”

Highlight gold results from the 2020 diamond drilling at the Airstrip target are tabulated below:

Reported intersections are drilled thicknesses and true widths are unknown.

AS-20-003 targeted an undercut of RAB hole ASR-16-004, drilling from the opposite direction. Sporadic zones of trace gold were encountered, but no significant results were returned.

AS-20-004 targeted an undercut of RAB hole ASR-20-019 and high grade rock samples collected at surface. This hole returned multiple horizons of low grade mineralization, including 26.06 m of 0.48 g/t gold, as well as higher grade discrete veins, including 1.87 m of 3.48 g/t gold.

AS-20-006 twinned and extended RAB hole ASR-20-021. Sporadic zones of trace gold were encountered, but no significant results were returned.

The Airstrip target hosts an ~11.5 km2 gold-in-soil anomaly with values ranging from detection limit up to 2,360 ppb gold. The target area is underlain by a variably graphitic and calcareous phyllite with lesser amounts of quartzite, and mafic to intermediate volcanic and volcaniclastic rocks of the Devonian-Mississippian Earn Group.

The observations made to date would suggest the Airstrip target is a Phanerozoic orogenic gold system (e.g. Moose River Gold Mines, Canada and Fosterville Mine, Australia).

High grade silver mineralization, with associated copper and tungsten, has been encountered in faulted zones in two holes. The nature of this mineralization is not currently known, and will be investigated further in future work.

Exploration work is underway at ATAC’s East Goldfield, NV project. Airborne hyperspectral and LiDAR surveys were flown last summer, first pass soil sampling was conducted in October, and initial prospecting was completed in December. A follow-up prospecting and mapping program is scheduled to begin in late January. Further information will be provided in the coming weeks once results have been received and reviewed.

Sawn diamond drill core and RAB sample splits were forwarded to ALS Minerals in Whitehorse for sample preparation. Samples were fine crushed to 70% passing 2 millimeters before a 250 gram split was pulverized to better than 85% passing 75 microns. Pulps were then analyzed at ALS Minerals in North Vancouver where gold determinations were carried out. Gold analyses were by the Au-AA24 (RAB) and Au-AA26 (diamond drill core) procedures, which involve fire assay preparation using a 50 gram charge with an atomic absorption spectroscopy finish.

Rigorous procedures are in place regarding sample collection, chain of custody and data entry. Certified assay standards, duplicate samples and blanks are routinely inserted into the sample stream of diamond drill samples to ensure integrity of the assay process. All diamond drill samples included in this news release have passed the QA/QC procedures as described above.

All results reported in this release represent highlight results only. Low or below detection values for gold, silver, copper and tungsten were encountered in unreported samples and drill intervals.

The technical information in this news release has been approved by Adam Coulter, M.Sc., P.Geo., VP Exploration for ATAC and a qualified person for the purposes of National Instrument 43-101.

ATAC is a Vancouver-based exploration company focused on advancing Yukon’s premier precious and base metal district and grassroots exploration in Nevada. Work on its ~1,700 km2 Rackla Gold Property in Yukon has resulted in the Osiris Project Inferred Mineral Resource of 1,685,000 oz of gold at an average grade of 4.23 g/t (in 12.4 Mt), a positive Preliminary Economic Assessment for the Tiger Gold Deposit (Pre-tax NPV of $118.2M and IRR of 54.5%), and numerous early-stage gold and base metal discoveries. ATAC is well-financed with approximately $6 million in working capital. 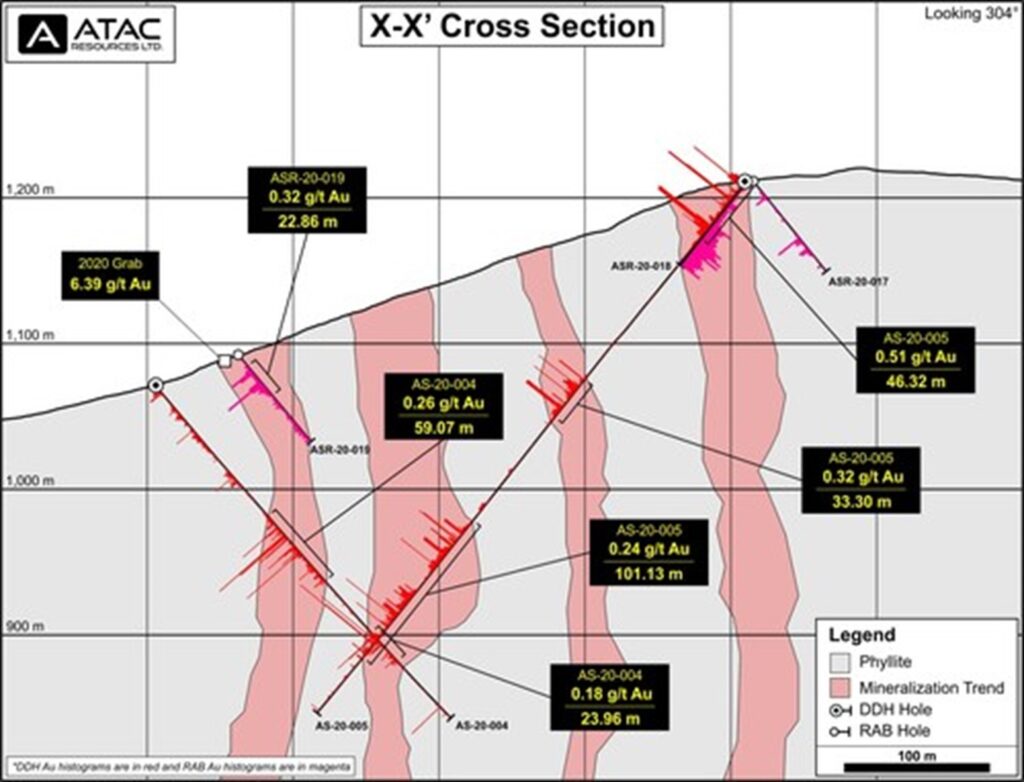