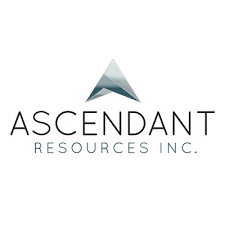 Ascendant Resources Inc. (TSX: ASND) (OTCQX: ASDRF) (FRA: 2D9) is pleased to release third quarter 2019 production results highlighted by record head grade, contained metal production and throughput since assuming ownership of the El Mochito mine in Honduras in December 2016. These results demonstrate a significant improvement in contained metal production and grade as compared to the second quarter as a result of the Company’s investment in development towards high-grade mineralization in the first half of the year.

President and CEO Chris Buncic stated: “We are extremely pleased to have delivered such exceptional operating results in the third quarter, setting another new record for metal production and mined grade since acquiring El Mochito. With strong metal production expected to continue into the fourth quarter, we are on track to expect lowering unit costs in the second half of the year.”

He continued, “In the first half of 2019, the Company achieved better than planned metal production at El Mochito as a result of mining the higher-grade ore in the historic upper portions of the mine earlier than expected. The Company had always anticipated stronger production during the second half of the year, and the Q3 operating results have demonstrated a substantial improvement on our previous record set in the second quarter. We are confident in ending the year strongly.”

Operational performance for Q3 2019 is provided in the table below (numbers may not match due to rounding):

All technical information contained herein has been reviewed and approved by Robert A. Campbell, M.Sc, P.Geo, Vice President, Exploration and a Director of Ascendant Resources Ltd. Mr. Campbell is a “Qualified Person” as defined by National Instrument 43-101.

Ascendant is a Toronto-based mining company focused on its 100%-owned producing El Mochito zinc, lead and silver mine in west-central Honduras and its high-grade polymetallic Lagoa Salgada VMS Project located in the prolific Iberian Pyrite Belt in Portugal.

After acquiring the El Mochito mine in December 2016, Ascendant spent 2017 and 2018 implementing a rigorous and successful optimization program restoring the historic potential of El Mochito, a mine in production since 1948, to deliver record levels of production with profitability restored. The Company now remains focused on cost reduction and further operational improvements to drive profitability in 2019 and beyond. With a significant land package of approximately 11,000 hectares in Honduras and an abundance of historical data, there are several near-mine and regional targets providing longer term exploration upside which could lead to further Mineral Resource growth.

Ascendant holds an interest in the high-grade polymetallic Lagoa Salgada VMS Project located in the prolific Iberian Pyrite Belt in Portugal. The Company is engaged in exploration of the Project with the goal of expanding the already-substantial defined Mineral Resources and testing additional known targets. The Company’s acquisition of its interest in the Lagoa Salgada Project offers a low-cost entry point to a potentially significant exploration and development opportunity. The Company holds an additional option to increase its interest in the Project upon completion of certain milestones.