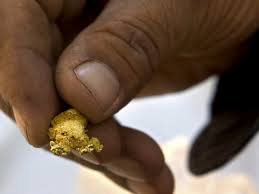 Asanko Gold Inc. (TSX:AKG) (NYSE MKT:AKG) (NYSE Amex:AKG) and PMI Gold Corporation (TSX:PMV)(ASX:PVM) are pleased to announce that they have entered into a definitive agreement whereby Asanko will acquire all of the common shares of PMI to create an emerging mid-tier gold producer with a clear pathway to 400,000 ounces of annual gold production.

Under the terms of the Business Combination, which will be effected by means of a statutory plan of arrangement by PMI under the Business Corporations Act (British Columbia), each PMI shareholder will receive 0.21 Asanko common shares for each PMI common share. This values each PMI share at C$0.441 representing a premium of 79% to the 20-day volume weighted average share prices of the PMI common shares on the TSX as of December 16, 2013. Following the completion of the Business Combination, PMI and Asanko shareholders will hold approximately 50% each of the combined company.

In early 2013, an announced merger between the two companies at the same exchange ratio was terminated by mutual agreement when it became apparent that the merger, while enjoying majority support from PMI shareholders, would not achieve the supermajority support legally required. However, since that time, Asanko has significantly de-risked the Esaase Project by revising the mine and metallurgical models which has resulted in a more robust Pre-Feasibility Study and arranging US$150 million in project financing. In addition, volatility in both the gold price and the value of gold equities has added considerable weight to the benefits that this transaction can deliver to shareholders of both companies through reduced corporate costs, capital and operating synergies and balance sheet strength.

The combination of these factors led to the unanimous support for the Business Combination from both Boards of Directors and from some of the companies’ largest shareholders. PMI and Asanko shareholders holding approximately 20% and 9.6% respectively of the issued and outstanding common shares of PMI and Asanko have formally committed to support the transaction.

Commenting on the announcement, Peter Breese, President and CEO of Asanko, said “The combination of the Esaase and Obotan Gold Projects into an integrated mining operation is an overwhelmingly accretive transaction for both Asanko and PMI shareholders due to the inherent synergies that can be captured through co-developing the projects. The combined Esaase-Obotan resource base is located within a 15km radius and has the potential to support gold production of approximately 400,000 ounces per year for over ten years, making it a flagship operation from which to build our Company and realize our vision of becoming a mid-tier gold mining company.

The combined Company will also boast a strong balance sheet with US$280 million in cash and a US$150 million debt facility arranged for project construction. This significant balance sheet strength clearly allows the Company to build Esaase, whilst at the same time advance the development options for Obotan. What is particularly pleasing about this transaction is that it has the support of the some of largest shareholders of both Asanko and PMI.”

PMI President and CEO, Peter Bradford, added “This transaction delivers increased certainty to the development and success of the combined Esaase and Obotan Gold Projects at a time when the standalone financing and development of either of these mines is challenging. In combination with the agreed exchange ratio, I believe that this is a compelling transaction for PMI shareholders and we are pleased to have the support of key shareholders for the transaction as well as the unanimous support of the Board of Directors.

For Ghana, the transaction and resulting certainty of financing and development ensures continued growth of the gold sector and new jobs at a time when the rest of the gold industry in Ghana is scaling back their activities and reducing employee numbers. On a personal note, I look forward to continued involvement, as a Non-Executive Director, with the emergence of a new mid-tier gold producer in West Africa.”

Board of Directors and Management Team

Upon completion of the Business Combination, the Asanko Board of Directors will be comprised of seven directors: Peter Breese, Peter Bradford, Gordon Fretwell, Marcel de Groot, Shawn Wallace, Colin Steyn and Michael Price. The Chairman of the Board will be appointed by the Board’s Nominating and Governance Committee once the new Board has been constituted upon completion of the Business Combination.

The Company will be managed by the existing Asanko executive team, led by Peter Breese as President & CEO. Building organisational capability will continue to be a focus for the Company as it moves into the construction phase of its projects and ultimately into operations. Key operational and project roles will continue to be filled, either with personnel from within PMI’s organisation or externally as the Company will be well positioned to attract and retain a highly skilled team as it continues to build a high-performance organisation. The Company will maintain its regulatory office in Vancouver, Canada with project and technical personnel located in Johannesburg, South Africa and operations personnel based in Ghana.

Asanko intends to proceed with the development of the fully funded Esaase Gold Project, with permits expected imminently. The Definitive Feasibility Study is nearing completion and is expected to be released in early 2014 with the work on it thus far broadly confirming the conclusions of the May, 2013 Pre-Feasibility Study. The DFS envisages the commencement of construction in Q1 2014 and steady state production of 200,000 ounces of gold per year by the end of 2015.

Preliminary work has been carried out to investigate the various options that are available for a more integrated development of the Obotan and Esaase gold projects. Based on the initial findings, the best approach is to first develop Esaase and then commence the development of Obotan.

During the first half of 2014, Asanko will complete additional studies to confirm this preliminary work and to ensure that the final development plan delivers optimal synergies with the best returns at the lowest risk. The options will include the potential of utilizing flotation at Obotan and trucking concentrate to Esaase for leaching and/or the potential of transferring ore from the various Obotan project pits to Esaase in combination with a process plant expansion at Esaase. In either option, capital and operating cost synergies currently estimated at well in excess of US$100 million are expected to be realized.

Details of the Business Combination

Full details of the Business Combination will be included in a joint management information circular of Asanko and PMI which will be mailed to their respective shareholders in the coming weeks and will be available for download at www.sedar.com.

The Business Combination will be subject to Court and stock exchange approvals as well as approval by (i) at least 2/3 of the votes cast by PMI shareholders, and (ii) at least a simple majority of the votes cast by PMI shareholders, after excluding the votes cast by Macquarie Bank Limited whose votes may not be included in determining minority approval for the Business Combination by virtue of the fact that one of its affiliates, Macquarie Capital Markets Canada Ltd., is being compensated for acting as PMI’s financial advisor. Asanko shareholders are only required to approve the issuance of the shares in the Business Combination by a simple majority of votes cast. The Asanko and PMI shareholder meetings will both be held on the same day, targeted for late January 2014. In addition to the foregoing, the Combination is subject to the satisfaction of other customary closing conditions and deliveries. A copy of the Arrangement Agreement will be immediately posted at www.sedar.com and a summary will be included in the joint information circular.

The total consideration payable pursuant to the Arrangement Agreement values PMI’s undiluted equity at approximately C$183 million. Pursuant to the transaction, Asanko expects to issue approximately 86.9 million common shares on an undiluted basis. Pro-forma after the Business Combination, Asanko will have approximately 172.0 million shares, 9.6 million options and 9.6 million warrants outstanding, and PMI performance rights, which if performance criteria are satisfied, will convert into an additional 0.3 million Asanko shares. These figures include PMI options and warrants adjusted as to number and exercise price based on the Exchange Ratio.

Asanko will maintain its TSX and NYSE MKT listings but does not intend to list on the ASX. Asanko will endeavour to establish a share sale facility available for PMI’s ASX shareholders through an agent who will effect trades over these markets on behalf of former ASX shareholders who do not want to arrange trades over North American stock exchanges for themselves. In the United States, the issuance of securities of Asanko under the Combination will be conducted in reliance on the exemption from registration requirements found in section 3(a)(10) of the Securities Act of 1933. Asanko will continue to be a foreign private issuer under United States securities laws.

Asanko has retained Canaccord Genuity Corp. and Azure Capital to act as financial advisors and McMillan LLP and Hardy Bowen to act as legal advisors.

PMI has retained Macquarie Capital. to act as financial advisor and Stikeman Elliott LLP to act as legal advisor.

Asanko’s vision is to become a mid-tier gold mining company that maximizes value for all its stakeholders. The Company’s flagship project is the fully financed, multi-million ounce Esaase Gold Project located in Ghana, West Africa. Asanko is managed by highly skilled and successful technical, operational and financial professionals. The Company is strongly committed to the highest standards for environmental management, social responsibility, and health and safety for its employees and neighbouring communities. Asanko trades on the TSX and the NYSE MKT under the symbol AKG.

PMI is an exploration and development company listed on the TSX and ASX. PMI has a strong portfolio of assets in Ghana, with a dominant 70km contiguous landholding on the Asankrangwa Gold Belt including the Obotan Gold Project and the Diaso Regional Exploration Project. A Definitive Feasibility Study for the Obotan Gold Project completed in September 2012 demonstrated that a 220,000 ounce per annum project with a cash operating cost of US$626 per ounce could be developed at a capital cost of US$297 million.