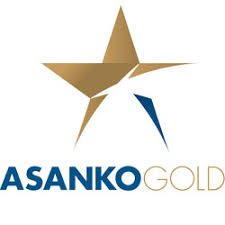 Asanko Gold Inc. (TSX:AKG) (NYSE American: AKG) is pleased to announce results for the fourth quarter and full-year 2019 from the Asanko Gold Mine located in Ghana, West Africa. The AGM is a 50:50 joint venture with Gold Fields Ltd (JSE, NYSE: GFI) which is managed and operated by Asanko.  The Company expects to release its full financial and operational results before the market opens on February 13, 2020.

“2019 was a pivotal year for the Asanko Gold Mine as it transitioned from a significant capital investment phase to generating free cash flow in the latter part of the year,” said Greg McCunn, Chief Executive Officer. “The processing plant continued to operate very well with record production from 5.5 million tonnes processed in 2019, resulting in the AGM exceeding its production guidance for the year with 251,044 ounces produced. Based on preliminary estimates, all-in sustaining costs for the year are expected to be about 5% above the upper end of our guidance as costs in Q4 were adversely impacted by the processing of lower grade stockpiles. We expect to provide 2020 production and cost guidance in mid-February along with the results of the AGM updated Life of Mine plan.

“Over the second half of 2019, the Company’s financial position strengthened considerably with our corporate cash and receivables balance increasing to over $35 million at year-end, an increase of over $27 million. The Company also has no debt.”

There was one lost time injury and total recordable injury reported during Q4.

In Q4 an upper bench slippage in the western wall of the Nkran pit resulted in a higher reliance on the processing of lower-grade stockpiles than forecasted. With slope stability radar monitoring, the event was anticipated and the pit was vacated in advance of the slippage with no injuries or damage to equipment.  Full mining operations resumed in the Nkran pit three days after the slippage with a focus on clean-up operations which resulted in lower grades being mined from the Nkran pit adversely impacting AISC this quarter. The slippage is not expected to materially affect 2020 production and its impact, if any, on the longer term mine plan will be included in the updated Life of Mine plan, expected to be completed in Q1 2020.

Preliminary operating cost estimates for the AGM during the quarter are provided below, with final operating costs to be released in conjunction with the FY 2019 Consolidated Financial Statements and Management Discussion & Analysis on February 13, 2020.  In Q4, preliminary operating cash costs per ounce1 for Q4 were $790, preliminary total cash costs per ounce1 were $863, and preliminary AISC per ounce were $969.  Costs were higher than expected as a result of an upper bench slippage in the western wall of the Nkran pit which resulted in a higher reliance on the processing of lower-grade stockpiles during the quarter.  This led to lower-than-anticipated feed grade which translated to higher-than-expected production cost on a per-ounce basis.

Gold production for the quarter totalled 66,112 ounces with gold sales of 66,095 ounces at an average realized price of US$1,465 per ounce, generating record gold sales proceeds of $96.8 million for the JV. At the end of the year, the JV held approximately $43.8 million in unaudited cash ($3.0 million of which was restricted in favour of a gold hedging counterparty and released on January 3, 2020), $9.1 million in gold receivables and $2.8 million in dore. The JV’s $30 million revolving line of credit remained undrawn at year-end.

The Company held $35.5 million in unaudited cash and receivables at the year-end and has no debt.

The technical contents in this news release have been approved by Mike Begg, Pr.Sci.Nat., Senior Vice President Technical Services of Asanko Gold Inc., who is a “Qualified Person” as defined by Canadian National Instrument 43-101 (Standards of Mineral Disclosure).

Asanko is focused on building a low-cost, mid-tier gold mining company through organic production growth, exploration and disciplined deployment of its financial resources. The company currently operates and manages the Asanko Gold Mine, located in Ghana, West Africa which is jointly owned with Gold Fields Ltd.  The Company is strongly committed to the highest standards for environmental management, social responsibility, and health and safety for its employees and neighbouring communities.