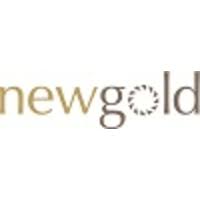 ARTEMIS GOLD INC. is pleased to announce the signing of an Asset Purchase Agreement  with New Gold Inc. to acquire the Blackwater Gold Project in central British Columbia.

Artemis will be targeting improved economics and financeability against the 2014 Feasibility Study (defined below) based on Artemis due diligence including the following:

While the Company considers the 2014 Feasibility Study to be current, it plans to prepare an updated Pre-Feasibility Study based on our revised approach to developing the Project over the next three months and will file the technical report within 180 days of this announcement of mineral resources and mineral reserves.

Steven Dean, Chairman and CEO of Artemis noted: “The proposed acquisition of Blackwater is the first meaningful step in our strategy to develop a first tier gold deposit in one of the world’s premier low risk mining jurisdictions. As with our team’s previous success in developing the Moose River Consolidated Mine in Nova Scotia for Atlantic Gold, our focus will be the methodical de-risking of the project development to enhance NPV, optimize IRR and minimise equity dilution to shareholders.

Furthermore, the additional attribute of having an environmental assessment approval in hand significantly curtails the timeline to construction and ultimate production. This value cannot be underestimated in today’s world. We look forward to completing the Acquisition in due course, working with the various key stakeholders to continue to advance Blackwater through the development stage and into operation.”

In addition to the technical and financially based optimisation development strategy outlined below, management plans to pursue its proven de-risking and structuring strategies in developing the Project:

While managing and reducing development risk, these strategies are designed to:

The Project is located in central British Columbia, approximately 160 km southwest of Prince George and 446 km northeast of Vancouver. The Project is accessible by major highway and access road.

Artemis is acquiring New Gold’s 100% recorded interest in 328 mineral claims covering an area of 148,688 ha distributed among the Property and the Capoose, Auro, Key, Parlane and RJK claim blocks. Surface rights over the Project area are controlled by the Crown.

The Project received a federal Decision Statement and a provincial Environmental Assessment Certificate in June 2019, which are major milestones in respect of de-risking the Project to ultimate permitting and construction.

Additional permits and authorizations are required from both the provincial and federal governments prior to the mine proceeding to the construction and operation phase, including provincial permits under the Mines Act and the Environmental Management Act for discharge, and federal authorizations under the Fisheries Act and Explosives Act. Management will be working closely with New Gold to transition efforts to date to Artemis to ensure management are able to progress the permitting timeline.

Pursuant to the Agreement, Artemis will acquire all of New Gold’s property, assets and rights related to the Project. The Acquisition will be completed through BW Gold Ltd. a wholly owned subsidiary of Artemis. Following the Closing, BW will hold a 100% interest in the Project.

At Closing, Artemis will enter into a gold stream agreement with New Gold whereby New Gold will purchase 8.0% of the refined gold produced from the Blackwater Project.  Once 279,908 ounces of refined gold have been delivered to New Gold, the gold stream will reduce to 4.0%. New Gold will make payments for the gold purchased equal to 35% of the US dollar gold price quoted by the London Bullion Market Association two days prior to delivery. In the event that commercial production at Blackwater is not achieved by the 7th, 8th, or 9th anniversary of closing of the Acquisition, New Gold will be entitled to receive additional cash payments of $28 million on each of those dates.

Closing of the Acquisition is subject to the satisfaction of customary closing conditions for a transaction of this nature, including obtaining certain regulatory approvals and the approval of the TSX Venture Exchange. The Financing will be subject to disinterested shareholder approval by the shareholders of Artemis due to the participation by insiders in the Financing. Artemis will announce further details regarding the shareholder meeting to be held to consider the Financing once available. The Acquisition is expected to close in 60 to 90 days, or such other date as the parties may agree. Furthermore, as required under applicable securities laws, the Company will file an updated technical report on the Project, in accordance with NI 43-101, within 180 days of this press release.

In the coming months, the Company will be focused on the following activities:

Updates will be provided in due course.