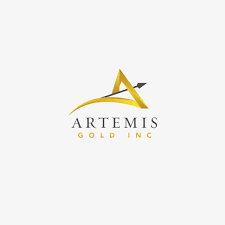 Artemis Gold Inc. (TSX-V: ARTG) is pleased to announce that it has closed the non-brokered private placement component of its previously announced equity financing of up to $171 million, via the issuance of 9,200,000 common shares to insiders and employees of the Company, at a price of $6.10 per Common Share for aggregate gross proceeds of $56,120,000.

After the closing of the Non-Brokered Offering, the Company’s cash and cash equivalents balance is approximately $204 million.

The net proceeds from the Non-Brokered Offering, along with the net proceeds from the Company’s bought-deal offering, which closed on May 19, 2021, will be used by Artemis to make its final cash acquisition payment to New Gold Inc. pursuant to an Asset Purchase Agreement dated June 9, 2020 between Artemis and New Gold Inc., to fund permitting and development costs for the Company’s Blackwater Gold Project and for general corporate purposes.

Insiders of the Company purchased an aggregate of 9,002,700 Common Shares pursuant to the Non-Brokered Offering:

The Company has relied on the exemptions from the valuation and minority shareholder approval requirements of Multilateral Instrument 61-101 – Protection of Minority Security Holders in Special Transactions contained in sections 5.5(a) and 5.7(1)(a) of MI 61-101 in respect of such insider participation. The Company did not file a material change report 21 days prior to closing of the Non-Brokered Offering as the participation of insiders of the Company in the Non-Brokered Offering had not been confirmed at that time.