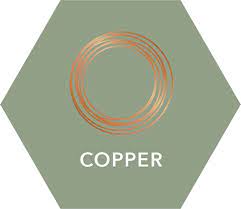 Arizona Sonoran Copper Company Inc. (TSX:ASCU) (OTCQX:ASCUF)  is pleased to announce that it has entered into an agreement with Haywood Securities Inc. to act as lead underwriter and sole bookrunner, on its own behalf and on behalf of a syndicate of underwriters, pursuant to which the Underwriters have agreed to purchase, on a bought deal basis, 15,000,000 common shares in the capital of the Company at a price of C$2.00 per Common Share for gross proceeds to the Company of C$30,000,000.

In addition, the Company has agreed to grant to the Underwriters an option to purchase up to an additional 15% of the number of Common Shares sold under the Offering at a price per Common Share equal to the Issue Price, on the same terms and conditions as the Offering, exercisable at any time, in whole or in part, until the date that is 30 days following the closing of the Offering.

The net proceeds from the Offering will be used for exploration and development at the Company’s Cactus Mine Project located in Arizona, and for general working capital and corporate purposes.

The Common Shares will be offered by way of a short form prospectus to be filed in all provinces of Canada (other than Quebec). The Common Shares will also be sold to U.S. buyers on a private placement basis pursuant to an exemption from the registration requirements of the United States Securities Act of 1933, as amended (the “U.S. Securities Act”), and other jurisdictions outside of Canada provided that no prospectus filing or comparable obligation arises.

The Offering is scheduled to close on or about February 16, 2023 and is subject to certain conditions including, but not limited to, the receipt of all necessary regulatory and other approvals including the approval of the Toronto Stock Exchange and the securities regulatory authorities.

The securities offered in the Offering have not been, and will not be, registered under the U.S. Securities Act or any U.S. state securities laws, and may not be offered or sold in the United States or to, or for the account or benefit of, United States persons absent registration or any applicable exemption from the registration requirements of the U.S. Securities Act and applicable U.S. state securities laws. This press release shall not constitute an offer to sell or the solicitation of an offer to buy securities in the United States, nor shall there be any sale of these securities in any jurisdiction in which such offer, solicitation or sale would be unlawful.

Neither the TSX nor the regulating authority has approved or disproved the information contained in this press release.

ASCU’s objective is to become a mid-tier copper producer with low operating costs and to develop the Cactus and Parks/Salyer Projects that could generate robust returns for investors and provide a long term sustainable and responsible operation for the community and all stakeholders. The Company’s principal asset is a 100% interest in the Cactus Project (former ASARCO, Sacaton mine) which is situated on private land in an infrastructure-rich area of Arizona. Contiguous to the Cactus Project is the Company’s 100%-owned Parks/Salyer deposit that could allow for a phased expansion of the Cactus Mine once it becomes a producing asset. The Company is led by an executive management team and Board which have a long-standing track record of successful project delivery in North America complemented by global capital markets expertise.