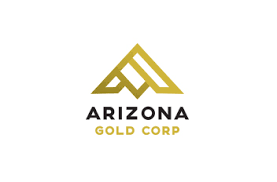 Arizona Gold Corp. (TSX: AZG) (OTCQB: AGAUF) and Golden Predator Mining Corp. (TSX.V: GPY) (OTCQX: NTGSF) are pleased to announce that they have entered into a definitive arrangement agreement pursuant to which Arizona and Golden Predator have agreed to merge to create a new North American focused near-term gold producer. The Transaction combines the fully permitted past-producing Copperstone gold mine in Arizona and the historic past-producing Brewery Creek gold mine in the Yukon.

Giulio Bonifacio, CEO & Director of Arizona, commented: “We view this as a great opportunity to bring together the advanced-stage Copperstone Mine and the Brewery Creek Mine, both former producing gold mines in superior jurisdictions, under the same umbrella to leverage a shared technical team and corporate infrastructure. The combined company will provide for stronger peer positioning amongst gold producers as we advance Copperstone to production in the very near term, and continue to advance Brewery Creek towards a re-start decision.”

William Sheriff, Executive Chair of Golden Predator, further added: “I have long been aware of and admired the Copperstone project, from its days as an open pit mine to its current incarnation as an underground operation. Golden Predator shareholders shall benefit from this rational consolidation and increased scale. Creating a more robust combined company, we believe that stakeholders in the Brewery Creek project, including the Tr’ondëk Hwëch’in First Nation, will benefit from the Transaction.”

The Agreement includes standard deal protection provisions, including non-solicitation, right-to-match, and fiduciary out provisions, as well as certain representations, covenants and conditions that are customary for a transaction of this nature, along with a reciprocal termination fee of $1.5 million payable in certain circumstances.

The combined company will be managed by the current Arizona executive team, led by Mr. Bonifacio as President & CEO, John Galassini as COO, Dale Found as CFO and Michael Maslowski as VP Technical Services & Exploration. Janet Lee-Sheriff, current CEO of Golden Predator, will continue in an advisory role with the combined company with a particular focus on community engagement.

Upon closing of the Transaction, Arizona will change its name to Sabre Gold Corp., subject to the receipt of all necessary approvals.

The Agreement has been unanimously approved by the boards of directors of Arizona and Golden Predator, and each board recommends that its respective shareholders vote in favour of the Transaction.

All of the directors and officers of Golden Predator have entered into customary voting support agreements agreeing to vote in favour of the Transaction.

Similarly, all of the directors and officers of Arizona have entered into customary voting support agreements agreeing to vote in favour of the Transaction.

Certain shareholders have also indicated support to vote in favour of the Transaction, including Eric Sprott who is a shareholder of both Golden Predator and Arizona.

The technical information in this news release has been prepared in accordance with the Canadian regulatory requirements set out in NI 43-101 and reviewed and approved on behalf of Arizona by Michael R. Smith, SME Registered Member (Geology), and on behalf of Golden Predator by Mike Maslowski, CPG, both of whom are each individually a “Qualified Person” as defined by NI 43-101.

Arizona Gold is an emerging American gold producer advancing the restart of production at its 100% owned, fully permitted, past-producing Copperstone mine project, located in mining-friendly Arizona. The Copperstone mine project demonstrates significant upside exploration potential that has yet to be drilled within a 50 km2 land package that includes past production of over 500,000 oz gold by way of an open-pit operation.

The company’s current focus is on maximizing Copperstone’s potential by defining and expanding current resources and further optimizing the mine’s economics for purposes of the restart of gold production in the near-term as a result of the recent project funding transaction with Star Royalties Ltd.

Golden Predator is advancing the past-producing Brewery Creek mine towards a timely resumption of mining activities in Canada’s Yukon. The project has established resources grading over 1.0 g/t gold and both a technical report and Bankable Feasibility Study underway to define the economics of a restart of heap leach operations at the Brewery Creek mine. The 180 km2 brownfield property is located 55 km by road from Dawson City, Yukon and operates under a Socio-Economic Accord with the Tr’ondëk Hwëch’in First Nation. The Company also holds the Marg project, with a NI 43-101 compliant resource, the Gold Dome project and the Grew Creek project.