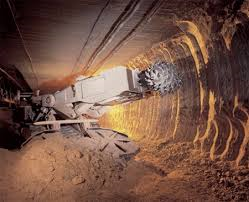 Arianne Phosphate Inc. (TSX VENTURE:DAN)(FRANKFURT:JE9N)(OTCBB:DRRSF) is pleased to announce that it has closed the previously announced private placement. In total, Arianne issued 1,790,952 flow-through shares at a price of $1.80 per flow-through share for total proceeds of Cdn$3,223,714. The Company increased the offering by $2,056,714 in light of high demand.

Brian Kenny, Chief Executive Officer of the Company, said: “We are very pleased with the success of this financing and note the participation of directors, officers and other employees as well as the large price premium. We received strong interest from both existing and new shareholders and, as a result, decided to increase the size of the offering. This successful transaction, completed in a short period of time, reflects the continued support of the financial markets and our shareholders towards the development of the world class Lac a Paul Phosphate Rock Mine.”

Derek Lindsay, Chief Financial Officer of the Company, stated: “In December, the Company received more than $2.6 million from investors holding warrants priced at $1.24 and due February 1, 2014 who decided to exercise early. In addition, the Company also anticipates receiving an additional $880,000 from the exercise of outstanding warrants. In conjunction with this successful flow-through offering, the Company will end 2013 in a favourable cash position.”

The private placement is subject to final approval from the TSX Venture Exchange.

Arianne is developing the Lac a Paul Phosphate Rock Mine located approximately 200 km north of the Saguenay/Lac St. Jean area of Quebec, Canada. This mine will produce a high quality igneous apatite concentrate grading 38.6% P2O5 with little or no contaminants. The Company has 82.4 million shares outstanding.