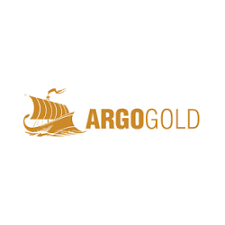 Argo Gold Inc. (CSE: ARQ) has entered into a mining claim acquisition agreement with Denison Mines Inc. pursuant to which Argo Gold can acquire a 100% interest certain mineral claims located near Talbot Lake, in the Pickle Lake area of the Patricia Mining District in exchange for an aggregate of $135,000 cash and 1,350,000 common shares of the Company and the grant of a 2% net smelter return on the property (with a 1% buyback for $1,000,000).  In addition, if Argo Gold establishes an aggregate mineral resource (in all categories) on the Talbot Lake Gold Project of greater than 1 million ounces of gold or gold equivalent using the CIM Definition Standards on Mineral Resources adopted by CIM Council and reported in accordance with National Instrument 43-101, the Company will make a one-time payment to Denison of $1,500,000 in cash or common shares which equates to $1.50 per ounce of gold resource.  The mineral claims are also subject to the Bruce Royalty which is 3% of exploration expenses to a maximum of $245,180; and $100,000 owing on a production decision.  The acquisition of the mineral claims is subject to receipt of regulatory approval and the common shares issuable thereunder will be subject to a statutory hold period of four months and one day from the date of issuance.

Talbot Lake was identified in the early 1980’s by a belt-scale litho-geochemical exploration program targeting banded iron formations throughout the Pickle and Red Lake greenstone belts by Dome Exploration (Canada) Limited.  Identified targets included: Opapamiskan Lake (the future Musslewhite Mine), Dona Lake (the future Dona Lake Mine), and Talbot Lake.  Ground prospecting at Talbot Lake identified a high-grade gold quartz vein on the property which became the focus of exploration efforts.  The vein itself is hosted in tholeiitic to komatiitic basalts and has been channel sampled on surface for a length of 48 metres over an average width of 3.28 metres for an uncut grade of 13.8 grams per tonne gold; and the vein was drilled to a depth of 200 metres.  Denison acquired the property in 1998 and further drilling extended the vein continuity to a depth of 250 metres.  Denison also performed down hole orientation surveys on several of the Dome drill holes and determined that the auriferous vein, based on pierce points, was increasing in strike length at depth.  Denison briefly optioned the property to Abbastar Resources who carried out a drill program and noted in the press release that gold mineralization occurred in both quartz vein host and iron formation host rocks.

Argo Gold’s exploration work during 2020 will consist of consultations with First Nations, basic geological mapping of the iron formation, GPS relocation of the diamond drill holes, and digital compilation of historical exploration data including geological and airborne surveys (Ontario Geological Survey Map P3763 and AMAG/AEM GDS 1108B).  The recent and historical ground magnetic surveys identified strong disruption of the magnetic fabric likely due to faulting and/or demagnetization (Dome Exploration, OGS Assessment Files).  Argo Gold plans to reprocess and interpret both the OGS GeoTEM AEM/AMAG survey over the property to target areas looking for these characteristics along the iron formation.  Bill Kerr, P.Geo, Exploration Geologist of Argo Gold, is the Qualified Person who assumes responsibility for the technical disclosures in this news release.

Argo Gold is pleased to announce that Chris Wardrop and Jonathan Armes have joined the Board of Directors.  Mr. Wardrop has over 20 years business and real estate experience and understands the positive economic impact of the resource sector.  He is a lawyer with Poulson Law, a law firm in Sudbury, Ontario and is a member in good standing with the Law Society of Ontario.  Mr. Armes has been the President of MinKap Resources Inc. since February of 2016.  He previously served as the President and Chief Executive Officer of ALX Uranium Corp. (formerly, Lakeland Resources Inc.) from 2010 to 2016.  Jonathan has provided corporate development and investor relations consulting services to both public and private mining exploration companies for over 20 years. He graduated from the University of Guelph in 1993 with a Bachelor of Applied Science Degree.

Pedro Villigran Garcia has been appointed Vice-President, Argo Gold.  Mr. Villigran Garcia is an Engineer and an MBA that has been involved in the mining industry for two decades.  Mr. Villagran Garcia assists the company on various corporate fronts including the social media platform to generate market awareness.

Argo Gold also announces that it has granted an aggregate of 400,000 options to purchase common shares of the Company exercisable at a price of $0.165 per share and expiring on June 9, 2023 to directors of the Company.

Argo Gold is a Canadian mineral exploration and development company, focused on gold exploration projects in central and northwestern Ontario.  Argo Gold’s flagship Uchi Gold Project is comprised of 22 km2 of multiple mineralized trends and widespread gold mineralization.  High grade gold intercepts from the Company’s winter 2019 drilling program include 132 g/t Au over 1.8 metres at the Woco Vein.   All of Argo Gold’s projects are 100% owned by the company and its shareholders.