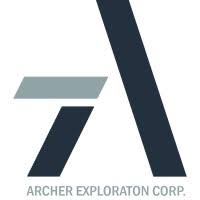 Common Shares Expected to Resume Trading on the CSE Shortly

Archer Exploration Corp. (CSE: RCHR) announces that it has completed its previously announced acquisition of all of the nickel assets, rights and obligations located in Quebec and Ontario from Wallbridge Mining Company Limited. Prior to the Asset Acquisition taking effect, the Company completed its previously announced brokered private placement for gross proceeds of approximately C$10,182,500. The Asset Acquisition and the Concurrent Financing were completed on November 18, 2022.

“We are very grateful to our new and existing shareholders for their support and look forward to creating value for all stakeholders as we advance our exploration plans within our exciting portfolio of nickel sulphide projects at Grasset in Quebec and in the Sudbury camp. We believe this acquisition will establish Archer as a leading Canadian nickel sulphide focused exploration and development company” said Tom Meyer, Archer’s President and Chief Executive Officer.

The Asset Acquisition was completed pursuant to the terms of an asset purchase agreement dated July 12, 2022, as amended on November 9, 2022, between the Company and Wallbridge.

The Nickel Assets consist of 2,046 mining titles covering approximately 67,000 hectares and include a 100% interest in the Grasset nickel sulphide project located in Quebec. As previously announced on September 14, 2022, the Nickel Assets also included cash in the amount of C$2,652,997 representing proceeds received by Wallbridge following the sale of certain shares it held in Lonmin Canada Inc.

As consideration for the Nickel Assets, the Company issued to Wallbridge 66,211,929 common shares with an aggregate deemed value of approximately C$53.6 million (valued using the July 12, 2022 closing price of such shares). Archer also granted to Wallbridge a 2% net smelter return royalty on production from the Grasset Project.

In connection with the Asset Acquisition, the Company entered into a finder’s fee agreement with two arm’s length parties. As compensation for the Finders’ introduction of the Company and Wallbridge, Archer issued to the Finders 1,655,298 Common Shares (as defined below) of Archer (representing 2.5% of the number of Consideration Shares). The Common Shares issued to the Finders are subject to voluntary escrow and will be released over a period of two years after the Closing Date.

Wallbridge has advised the Company that it will distribute 48,168,171 Consideration Shares to its shareholders on a pro rata basis on the Closing Date. Following the Share Distribution, Wallbridge is expected to retain 18,043,758 Consideration Shares, representing approximately 19.9% of the outstanding Common Shares. Wallbridge has further advised the Company that no Wallbridge shareholder will own more than 10% of the Common Shares as a result of the Share Distribution. The Wallbridge Retained Shares and the Wallbridge Spinout Shares have a hold period of four months and one day from the Closing Date.

The Company also agreed to assume obligations under the closure plan relating to Wallbridge’s Broken Hammer open pit mine which ceased operation in 2015. Wallbridge has posted a standby letter of credit in the amount of $361,245 to provide financial assurance for the Mine Closure Plan. The Company has agreed to provide a replacement letter of credit within 90 days of closing of the Asset Acquisition.

The Asset Acquisition constitutes a “Fundamental Change” as defined by Policy 8 of the Canadian Securities Exchange. The common shares of Archer are expected to resume trading on the CSE shortly, upon satisfaction of certain CSE conditions to listing, under the symbol “RCHR.” A further press release will be issued once trading has resumed.

Following the Asset Acquisition, the management team and board of directors of the Company is as follows:

Each of the directors was elected to the Board at the shareholders’ meeting held on October 12, 2022, subject to completion of the Asset Acquisition.

As described in the Company’s listing statement, which will be filed under the Company’s profile on SEDAR at www.sedar.com, certain Common Shares, including the Wallbridge Retained Shares, are subject to three-year escrow in accordance with CSE Policy 8.

The Concurrent Financing was led by Canaccord Genuity Corp., acting as lead agent and sole book-runner on behalf of a syndicate including National Bank Financial Inc. and Raymond James Ltd. In connection with the Concurrent Financing, the Agents received a cash fee equal to 6.0% of the aggregate gross proceeds raised pursuant to the Offering (other than in respect of sales to those purchasers on the “president’s list” in which case a cash fee of 2.0% was paid). In addition, the Company issued the Agents non-transferable broker warrants exercisable to acquire that number of Common Shares which is equal to 6.0% (reduced to nil in respect of sales to purchasers on the “president’s list”) of the number of Units sold pursuant to the Offering. Each Broker Warrant will entitle the holder thereof to purchase one Common Share at an exercise price of C$0.66 per Common Share for a period of 18 months following the Closing Date.

In connection with closing of the Concurrent Financing, the Company entered into an investor rights agreement with a strategic shareholder  pursuant to which the Shareholder will be entitled to, among other things, the following rights (subject to maintaining certain ownership thresholds): (a) the right to participate in certain equity financings by the Company in order to acquire up to a 19.99% ownership interest in the Company; and (b) the right to nominate one person to the Board (and if the Board is increased to nine or more directors, two people to the Board). The Shareholder has advised Archer that it does not currently own a sufficient number of the issued and outstanding Common Shares to trigger the nomination right.

Certain insiders of the Company acquired Units in the Concurrent Financing. This participation by insiders in the Concurrent Financing constitutes a “related party transaction” as defined under Multilateral Instrument 61-101 Protection of Minority Security Holders in Special Transactions. However, the Company considers such participation would be exempt from the formal valuation and minority shareholder approval requirements of MI 61-101 as neither the fair market value of the Units subscribed for by the insiders, nor the consideration for the Units paid by such insiders, would exceed 25% of the Company’s market capitalization.

Archer Exploration is a Ni-Cu-Co-PGE focused exploration and development company headquartered in Vancouver, Canada. The Company’s flagship and core asset is the Grasset Project, located within the Abitibi greenstone belt approximately 55 kilometres west-northwest of Matagami Quebec. In addition, the Company holds an extensive portfolio of 37 properties comprised of 309 square kilometres within 807 mining titles in the world-class mining district of Sudbury. The Company’s growth strategy is focused on the exploration and development of its nickel sulphide properties within its portfolio, as well as other battery metal assets it may acquire that fit its strategic criteria. Archer’s vision is to be a responsible nickel sulphide developer in stable pro-mining jurisdictions. Archer is committed to socially responsible exploration and development, working safely, ethically, and with integrity.

Archer is backed by Inventa Capital Corp., a Vancouver-based merchant bank founded in 2017 with the goal of discovering and funding opportunities in the resource sector.  The common shares of Archer are listed on the CSE