Diamond drilling continues with two drills active on the property. One drill is testing the continuity and depth extent of the Wilson-Richard-Charles-Bell zones (WRCB), while the other moves across the property, exploring new drill targets. Highlights include:

A total of 27 drill holes (2,460 m) have been completed at WRCB, with at least 27 holes (2,360 m) remaining. The program is focussed on previously undrilled high-grade trends and defining lower-grade zones, as well as determining the orientation of mineralized structures and infilling areas of presumed continuity.

Promising observations of massive to semi-massive monazite (Figure 1) have been discovered in the recently drilled 21-WRC-015 hole in the Wilson North Area. Previously undrilled due to logistical challenges, Wilson North 21-WRC-015 has returned multiple occurrences of massive to semi-massive monazite to a vertical depth of 30 m, across multiple zones.

Nicolas Guest, Vice President, Exploration notes “Our modelling had predicted that Wilson and Richard were essentially the same zone, but it now appears there are multiple sub-parallel zones. The discovery of new massive and semi-massive monazite at Wilson North in-between these two areas show how our model is evolving with each new hole, and our eyes have been opened to what is possible in this high-grade mineral system. With one of the largest true-width intercepts encountered to date at Alces Lake (up to 8.85 m of monazite mineralization), we are very excited to release our upcoming assay results and continue exploring these trends.” 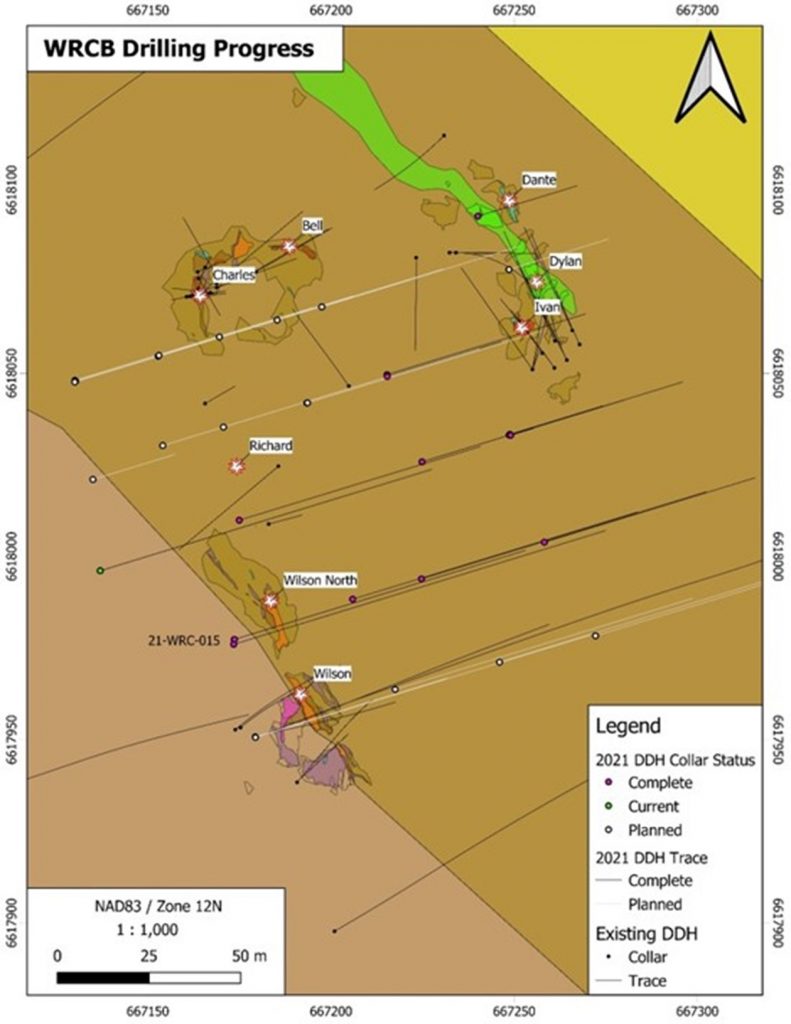 Regional drilling at Alces Lake has been prioritized for several promising targets across the property (Figure 3) and 34 holes (2,110 m) have been completed. Monazite mineralization was encountered in each area, with assays pending.

A total of 15 holes (910 m) remain for the regional drill program, with time allotted for additional follow-up holes:

Nicolas Guest comments “We have expanded our regional drill coverage to build an inventory of more advanced targets. REE mineralization at Alces Lake has been observed in all major rock types and is of a similar style across the property. We feel this bodes well for the potential of a new significant discovery.” 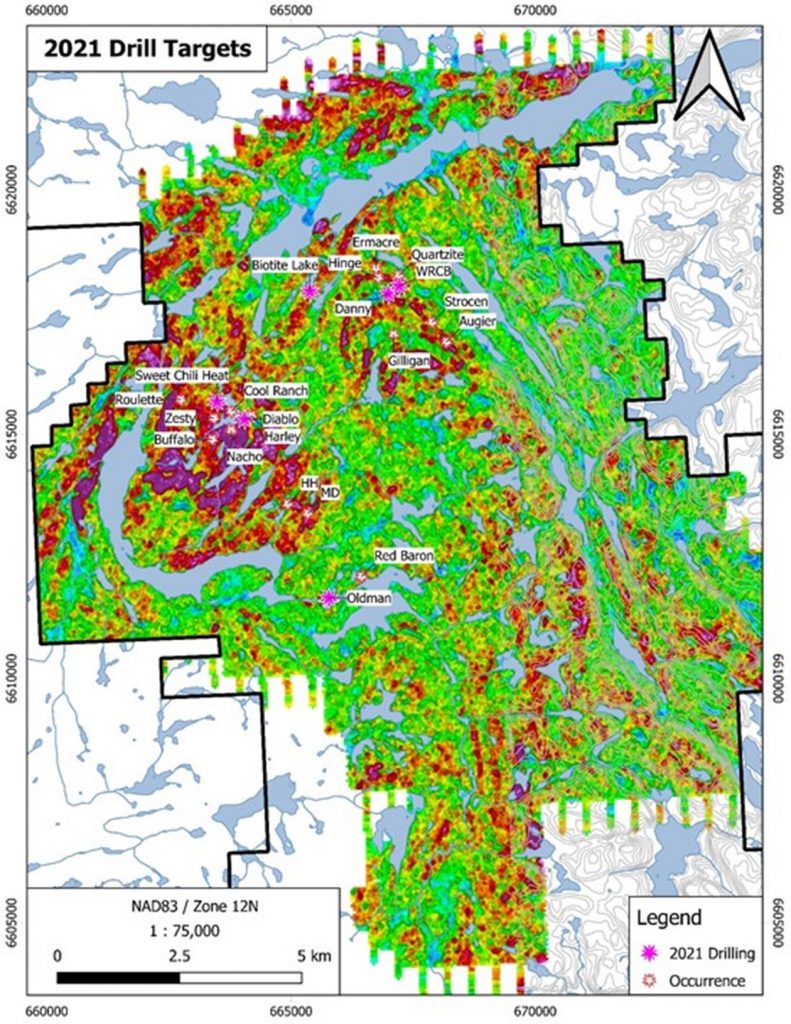 Figure 3 – 2021 Drilling and drill targets on the Alces Lake property.

The Company is fully-funded for the 2021 program and all required permits for the exploration activities are in-hand.

With the largest exploration and diamond drilling program in the Company’s history underway, exploration results will be released as received and analyzed by the Company. Analysis of the summer exploration and drilling program will follow and may lead to the preparation of an NI 43-101 Technical Report with 3D Geophysical-geological Models, expected near the end of 2021 or early 2022. The Alces Lake project encompasses some of the highest-grade total and critical* REEs and gallium mineralization in the world, hosted within a number of surface and near surface monazite occurrences that remain open at depth and along strike.

The Alces Lake project is located in northern Saskatchewan, the same provincial jurisdiction that is developing a “first-of-its-kind” rare earth processing facility in Canada (currently under construction by the Saskatchewan Research Council, it is scheduled to become partially operational in early 2023). The Alces Lake project area is 35,682.2 hectares (88,172.7 acres) in size and is 100% owned by Appia.

To ensure safe work conditions are met for the workforce, the Company has developed exploration guidelines that comply with the Saskatchewan Public Health Orders and the Public Health Order Respecting the Northern Saskatchewan Administration District, in order to maintain social distancing and help prevent the transmission of COVID-19.

Appia is a Canadian publicly-listed company in the uranium and rare earth element sectors. The Company is currently focussing on delineating high-grade critical rare earth elements, gallium and uranium on the Alces Lake property, as well as exploring for high-grade uranium in the prolific Athabasca Basin on its Loranger, North Wollaston, and Eastside properties. The Company holds the surface rights to exploration for 83,706 hectares (206,842 acres) in Saskatchewan. The Company also has a 100% interest in 12,545 hectares (31,000 acres), with rare earth element and uranium deposits over five mineralized zones in the Elliot Lake Camp, Ontario.