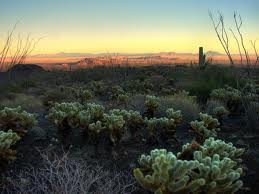 Mr. Mark T. Brown, Director, noted that “We are pleased to have an experienced group like GoGold working with Animas to put the Santa Gertrudis Gold Mine back into production. The GoGold group has built three companies, including Gammon Gold Inc., and successfully built and operated mines in Mexico. GoGold has the financial resources in place to complete this project.”

The Letter of Intent allows GoGold to acquire 100% of Animas’ subsidiaries which hold the titles to the Santa Gertrudis Gold Project and, in return, GoGold will pay Animas:

The Letter of Intent is subject to several conditions being met, including completion of satisfactory due diligence by GoGold, which is currently underway, signing a definitive acquisition agreement and TSX Venture Exchange and shareholder approval.

The Santa Gertrudis Gold Project located 180 km north of Hermosillo, Sonora, Mexico, was discovered by Phelps Dodge in 1986 and advanced to open pit heap leach production in 1991. From May 1991 to October 2000, the Santa Gertrudis Property produced 564,000 ounces of gold at an average grade of 2.13 grams per tonne. Phelps Dodge sold part of the Santa Gertrudis Property to Campbell Resources in 1994 for US$10 million. Campbell later ceased mining and processing activity due to low gold prices during the late 1990’s and settled some outstanding debts by assigning several core area concessions, including the un-mined Cristina deposit, to certain local Mexican contractors. The Amelia Mine, also on Animas’ project area, was estimated to have historically produced over 1 million tonnes at 2.88g Au/tonne.