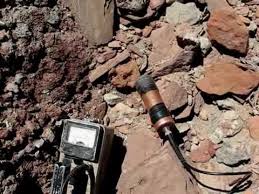 Anfield Resources Inc. (TSX VENTURE:ARY) is pleased to announce that it is continuing its strategic investment in uranium assets with the acquisition of 130 unpatented mining claims in 32 mining claim groups on federal land in Utah, located pursuant to applicable law, from Yellow Rock Resources Inc.  This acquisition includes claim groups in the Paradox Area, a past-producing uranium mining Area that was not previously represented in Company’s uranium asset portfolio. It also includes claim groups that bolster the Company’s current holdings within the Henry Mountains, Monticello and White Canyon Areas.

From a strategic perspective, Anfield now has access to mineral rights on over 10,000 acres in Utah in districts where the combined historical uranium production totals approximately 24 million pounds. In addition, at least one uranium prospect or past-producing uranium mine has been identified within or proximal to each of its 58 acquired claim groups. Moreover, these claims all lie within a 75-mile radius of the White Mesa mill – the only operating conventional uranium mill in the US – whose proximity would facilitate the Company’s aim of toll-milling its ore in order to accelerate near-term revenue and cash-flow generation.

“The Yellow Rock acquisition advances our strategy of targeting mineralized areas with past uranium production or historical underground workings,” stated Corey Dias, CEO of Anfield. “These acquired claims complement our current Utah uranium portfolio, allowing us to not only expand our existing mining footprint within certain uranium districts but also gain a foothold in one additional district with a history of significant uranium and vanadium production. We believe that our diversified claim portfolio will enhance our ability to develop a sustainable source of uranium ore in aggregate.

“Given: 1) the Japanese government’s recent approval of TEPCO’s business plan to restart its nuclear reactors and, consequently, begin to consume its current uranium stockpile; 2) the number of nuclear reactors proposed, planned or under construction worldwide, which would more than double the current number of operating reactors; and 3) the recent expiration of the 20-year HEU agreement between the US and Russia, we continue to believe in the likelihood of a shortfall in uranium raw materials and, subsequently, the opportunity it provides uranium producers to meet demand.”

Below is a summary of the acquired uranium assets:

The acquisition includes one claim group consisting of 8 individual claims situated in the La Sal District of the Paradox Area in eastern San Juan County, Utah. Total past production in this area is estimated at 6,426,000 lbs U3O8 and 28,878,000 lbs V2O5 with an average grade of 0.28% U3O8 and 1.21% V2O5. The La Sal District is part of the larger Paradox Area, which also includes major historic uranium producers in adjacent areas of Colorado.

The acquisition includes seven claim groups consisting of 32 individual claims situated in the Henry Mountains Area in eastern Garfield County, Utah, and is complementary to the two State Leases previously secured by Anfield. Total past production in this area is estimated at 620,000 lbs U3O8 at an average grade of 0.24% U3O8. More than 20 historically producing mines have operated in the Henry Mountains District, and the district is home to the past-operating Shootaring Canyon Uranium Mill.

The acquisition includes six additional claim groups consisting of 31 individual claims situated in the White Canyon Area in western San Juan County, Utah. This is complementary to the eight claim groups consisting of 22 claims Anfield previously acquired in the Area. The White Canyon Area is estimated to have produced more than 11,000,000 lbs U3O8, with an average grade of 0.24% U3O8. The Area is also home to Energy Fuels’ Daneros Project, a current/recent Uranium producer, as well as the historically-producing Happy Jack mine. Of note, there are more than 100 known uranium deposits in the White Canyon District.

The acquisition includes five claim groups consisting of 16 individual claims situated in the Cottonwood/Abajo District of the Monticello Area in central San Juan County, Utah. Total past production in this area is estimated at 896,000 lbs U3O8 and 5,664,000 lbs V2O5 at an average grade of 0.14% to 0.16% U3O8 and 1.5% V2O5.

The acquisition includes thirteen additional claim groups consisting of 43 individual claims situated in the Montezuma Canyon District of the Monticello Area in eastern San Juan County, Utah. With this acquisition, Anfield now holds twenty-one claim groups consisting of 72 claims and six State Leases in this Area. Total past production in this area is estimated at 88,000 lbs U3O8 and 775,000 lbs V2O5, with an average U3O8 grade of 0.24% and 0.31% V2O5. Of note, there are 84 known uranium deposits in the Montezuma Canyon District.

Anfield is a publicly traded corporation listed on the TSX-Venture Exchange (EQX-ARY-V) and is engaged in mineral exploration, development and production in the United States and Chile. Its focus is on acquiring and developing an array of strategic mineral projects, including further developing its nascent copper production operation in Chile and its uranium assets in Utah and Arizona, and its longer-term focus on the development of its Arizona-based copper properties