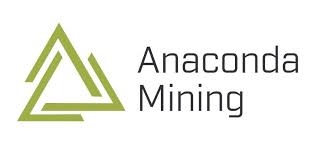 Anaconda Mining Inc. (TSX: ANX) (OTCQX: ANXGF) is pleased to announce assay results from five drill holes (1,725 metres), as part of 11,588 metres of diamond drilling completed since October 2017 at the Goldboro Gold Project in Nova Scotia. The five drill holes (BR-18-30 to BR-18-34) targeted eight mineralized zones of the East Goldbrook Gold System and eight mineralized zones of the Boston-Richardson Gold System along section 9050E of the Goldboro Deposit (Exhibit A). The Drill Program also tested the continuity of mineralization previously intersected in section 9100E located 50 metres to the east where multiple, wide, high-grade zones associated with fault systems were intersected, including 11.27 grams per tonne (“g/t”) gold over 13.5 metres and 10.55 g/t gold over 6.1 metres (see press release of April 19, 2018).

Highlights of the composited assays from the Drill Program on section 9050E include:

A full table of composited assays from recent drilling is presented below.

“The current drilling not only expanded mineralization, but also demonstrated the continuity of wide zones of mineralization between sections along the dominate plunging control on the Boston Richardson Gold System. In section 9050E, we found the continuation of the wide zones of mineralization and faults seen in sections 9100E and 9150E.  Since initiating our exploration programs, which so far have included nearly 12,000 metres of drilling, we have expanded the deposit and continue to refine and increase the confidence in our geological model. In particular, drilling in section 9050E has extended all mineralized zones of the EG Gold System, and further extended the BR Gold System down to 550 vertical metres, an increase of over 250 metres in this section. Over the next several months, we expect to continue to demonstrate the significant growth potential of Goldboro with a substantial exploration program funded by the recent flow through financing.”

Recent results from the Drill Program have confirmed historical results which indicated the potential for expansion. Select highlights of composited assays from historic drilling on sections 9050E include:

A table of selected composited assays from drill holes reported in this press release:

All samples and the resultant composites referred to in this release are collected using QA/QC protocols including the regular insertion of standards and blanks within the sample batch for analysis and check assays of select samples. All samples quoted in this release were analyzed at Eastern Analytical Ltd.(“Eastern”) in Springdale, NL, for Au by fire assay (30 g) with an AA finish.

Samples analyzing greater than 0.5 g/t Au via 30 g fire assay were re-analyzed at Eastern via total pulp metallic. For the total pulp metallic analysis, the entire sample is crushed to -10mesh and pulverized to 95% -150mesh. The total sample is then weighed and screened to 150mesh. The +150mesh fraction is fire assayed for Au, and a 30 g subsample of the -150mesh fraction analyzed via fire assay. A weighted average gold grade is calculated for the final reportable gold grade.  Anaconda considers total pulp metallic analysis to be more representative than 30 g fire assay in coarse gold systems such as the Goldboro Deposit.

Reported mineralized intervals are measured from core lengths. Intervals are estimated to be approximately 80-100% of true widths of the mineralized zones, except for drill intersections below 400 metres depth where the drill trace crosses to the northern limb of the host fold structure near the bottom of the hole.  In these areas reported intervals may be less than 50% of true width.

Anaconda is a TSX-listed gold mining, development, and exploration company, focused in the prospective Atlantic Canadian jurisdictions of Newfoundland and Nova Scotia. The Company operates the Point Rousse Project located in the Baie Verte Mining District in Newfoundland, comprised of the Stog’er Tight Mine, the Pine Cove open pit mine, the Argyle Mineral Resource, the fully-permitted Pine Cove Mill and tailings facility, and approximately 5,800 hectares of prospective gold-bearing property. Anaconda is also developing the Goldboro Project in Nova Scotia, a high-grade Mineral Resource, with the potential to leverage existing infrastructure at the Company’s Point Rousse Project.

The Company also has a pipeline of organic growth opportunities, including the Great Northern Project on the Northern Peninsula of Newfoundland and the Tilt Cove Property on the Baie Verte Peninsula, also in Newfoundland.