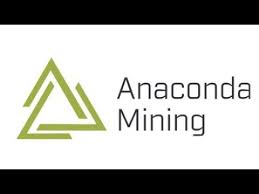 Anaconda Mining Inc. (TSX: ANX) (OTCQX: ANXGF) is pleased to announce that on July 2, 2019, Anaconda and the Assembly of Nova Scotia Mi’kmaw Chiefs signed a Memorandum of Understanding that will govern the process by which the parties shall negotiate a Mutual Benefits Agreement regarding the Goldboro Gold Project in Nova Scotia.

“Since Anaconda acquired the Goldboro Gold Project over two years ago, we have forged a positive, working relationship with the Assembly of Nova Scotia Mi’kmaw Chiefs. Anaconda acknowledges that the Mi’kmaq of Nova Scotia are committed to protect and enhance the land and resource-based economy within its Traditional Territory. We feel that signing a memorandum of understanding is an important milestone that demonstrates our collective desire to pursue mutually beneficial social and economic opportunities while respecting the principles of environmental stewardship. We look forward to working through a Mutual Benefits Agreement.”

The MOU outlines the process for Anaconda and the Assembly to work together in good faith to resolve a Mutual Benefits Agreement in a way that reflects a desire to build a mutually beneficial relationship that will be sustained for the life of the Goldboro Gold Project.

“The Mi’kmaq have long-held traditions of management and protection of our lands and resources. A fundamental way to continue those traditions today is to have good communication with companies working in our territory. Development must be done in a responsible manner, with environmental considerations that reflect the Mi’kmaq perspective. This MOU with Anaconda will provide an opportunity for Mi’kmaq participation and involvement in the development of these lands.”

ABOUT THE ASSEMBLY OF NOVA SCOTIA MI’KMAW CHIEFS