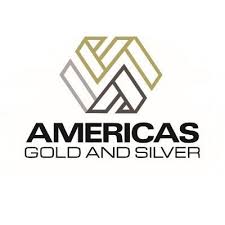 “We are extremely excited about the initial drill results from the 5500 level that has already yielded several bonanza grades,” stated Americas President and CEO Darren Blasutti. “The initial deep drilling is targeting the 72 Vein which historically was a major contributor of ore during the peak silver production years at combined grades of over 650 g/t silver. There are two additional systems which the Company is excited about at depth including the “triple point” and deeper extensions of the 360 Complex that will be drilled during the remainder of 2020 and into 2021.”

Mr. Darren Blasutti continued, “The Galena Complex is an excellent demonstration of the precious metals optionality that the Company possesses. We are already seeing the potential benefit from the Recapitalization Plan in terms of increased productivity which is coinciding with significantly higher silver prices. As the shallowest operation in the Silver Valley in Idaho with hundreds of millions of dollars of infrastructure in place including excess milling capacity, we are confident that the Recapitalization Plan and the three high-grade silver target systems below known workings will propel the operation to become a significant silver producer and free cash flowing asset.”

The Recapitalization Plan has budgeted approximately 39,000 meters of exploration drilling with more than 13,000 meters (or over 33%) completed. Based on the current drill plan, Americas expects the current phase of drilling to finish in May 2021 with two drills in operation. Drilling is the focus for the remainder of 2020.

The exploration plan includes two different strategies drilling extensions of the known veins at depth below current infrastructure as well as targeting extensions of current know reserves and resources in the upper levels of the operation.

First drilling has commenced from the 5500 level aimed at what the Company’s geologists believe to be some of the most prospective targets in the mine. This initial drilling includes the down-dip projection of the 72 Vein, which was a major contributor of ore during the peak silver production years of 2000-2004. Drilling will focus on areas to the east and below historical workings, which produced average grades of over 650 grams per tonne silver. In addition to targeting the 72 Vein, exploration will focus on what has been described as the “triple point”, where the high-grade 175, 185 and Silver veins are projected to converge. This area has never been explored and is projected to be 100 meters below historical workings. Follow-up drilling on the 291 and 360 Vein systems is also planned from the 5500 level and is designed to extend these zones down-dip.

The 72 Vein is a silver-copper (tetrahedrite) vein within the Polaris Fault Zone. The vein was discovered in 1999 and mined from 2000 through 2006 producing over 9.5 million ounces of silver. It was a significant contributor during the period when the Galena Complex produced over 5 million ounces of silver per year. Only about half of the historical holes drilled through the mined 72 Vein returned ore grade intercepts, however the average grade of combined total mining was over 650 g/t silver. The 72 Vein was mined to the 5800 level but drilling targeting the 72 Vein and surrounding areas has extended the vein system vertically by 125 meters and approximately 50 meters on strike including:

*denotes historically drilled holes.  A full table of all drill results is available on our website at:

Starting in early September 2020, exploration from a newly developed drill station east of the current 5500 level drill station will focus on what has been described as the “triple point” where the high-grade 175, 185 and Silver veins are projected to converge.

This area has never been explored and is projected to be 100 meters below historical workings and is expected to be one of the most prospective targets in the Recapitalization Plan.

Drilling on the 3200 level extended the strike and dip length of several veins with economic widths and grades. Five veins in the Upper Country Lead Zone (UCLZ) were extended between 37 and 61 meters to the east. These veins are adjacent to current production areas on the level. The 133 Vein was extended 107 meters along strike and 70 meters vertically. Key intercepts from 3200 level drilling which were previously released in the Company’s May 4, 2020 press release include:

Drilling from the 5200 level has focused on deep extensions of mineralization centred around the 291 and 360 Vein systems with encouraging results. The two deepest holes project-to-date include the highest-grade values. Key intercepts from 5200 level drilling which were previously released in the Company’s May 4, 2020 press release include:

The majority of drill results to-date are expected to be included in the Company’s updated reserve and resource update which will be released in September 2020.

The Recapitalization Plan is still in the early stages of implementation but the Company is already starting to see the benefits in terms of stabilized production and a reduction in operating costs. The Company expects these production improvements will continue into the second half of 2020.

Rehabilitation of existing infrastructure is nearing completion. Drift repair and rail replacement is complete on the 4300 and 5500 levels. The ramp development between the 5200 and 5500 levels, which is expected to be completed early in 2021, is required for future stope access while allowing for more efficient movement of material, equipment and workers in the near term. Repair of the deepest loading pockets will allow material to be hoisted from the 5500 level starting in September 2020. Re-establishing the loading pockets removes the necessity to haul material to higher levels of the mine for hoisting to surface.

With the Recapitalization Plan, the operation has acquired several new pieces of equipment to help improve productivity. A 4-yard scoop, a single boom jumbo and two 3.5-yard scoops are all now in service. A positive decision to install a new hoist at the Galena Shaft to double hoisting capacity is expected once justified by continued exploration success and a sustained increase in ore production.

The diamond drilling program used NQ-size core. Americas standard QA/QC practices were utilized to ensure the integrity of the core and sample preparation at the Galena Complex through delivery of the samples to the assay lab. The drill core was stored in a secure facility, photographed, logged and sampled based on lithologic and mineralogical interpretations. Standards of certified reference materials, field duplicates and blanks were inserted as samples shipped with the core samples to the lab.

Duplicate pulp samples were sent out quarterly to ALS Global, an independent, ISO-17025 accredited laboratory based in Reno, Nevada to perform an independent check analysis. A conventional AA technique was used for the analysis of silver, copper and lead at ALS Global with the same industry standard procedures as those used by AAS. The assay results listed in this report did not show any significant contamination during sample preparation or sample bias of analysis.

About Americas Gold and Silver Corporation

Americas Gold and Silver Corporation is a high-growth precious metals mining company with multiple assets in North America. The Company’s newest asset, the Relief Canyon mine in Nevada, USA, has poured first gold and is expected to ramp up to full production over the course of 2020.  The Company also owns and operates the Cosalá Operations in Sinaloa, Mexico and manages the 60%-owned Galena Complex in Idaho, USA. The Company has completed the outstanding option acquisition agreement for the San Felipe development project in Sonora, Mexico, subject to closing conditions.