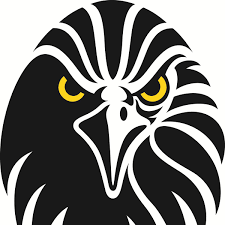 American Pacific Mining Corp (CSE: USGD) ( FWB: 1QC) ( OTCPK: USGDF) is pleased to announce the following results from Screen Metallic samples from the previously announced 2018 drill program results (refer to press release dated August 15, 2018). Original assays under the Gravimetric column were both upgraded and downgraded in the re-analysis, with Hole 009 returning the highest upgraded interval to 27.2 g/t Au over 1.5m from the previous (gravimetric) 16.0 g/t Au over 1.5m.

“Gravimetric analysis is typical for coarse, high-grade gold systems. Screen Metallic assays help to further clarify the gold values at Tuscarora as we continue modeling the project,” commented Eric Saderholm, President of American Pacific Mining Corp. “Since listing in March of this year, we have tripled the property size and completed a 10,000 foot, 16 hole drill program. We are now focused on adding value through geophysics, Phase 2 drill program planning and data review and analysis.”

The Tuscarora mining district lies along the southeastern margin of the Mount Blitzen volcanic center, with gold mineralization closely associated with igneous geology and the structures of that center. The Tuscarora district can be divided into two areas that contain precious-metal deposits: a low-silver zone to the south that is known by comb-textured quartz veins, silica-adularia alteration, and low Ag/Au ratio; and a high-silver zone to the north characterized by replacement quartz and carbonate veins, narrow alteration zones, and relatively high Ag/Au ratio. The high-silver zone was the main focus of mining from 1875 until 1915. The more gold-rich zone now controlled by American Pacific projects under pediment cover and is largely untested.

Refer to this link for more sections https://americanpacific.ca/projects/tuscarora/

Collection and transportation of samples was undertaken by or under the supervision of the Qualified Person as defined by NI 43-101. Original sample analysis was conducted by ALS Global using a gravimetric gold assay, which is considered a superior method for deposits containing coarse gold. Duplicate assays were done by American Assay Labs using a gravimetric gold assay for one sample for every 100 feet of drilling and all samples that assayed greater than one gram per ton Au were re-assayed by ALS Global using the Screen Metallic assay method for additional assay value confirmation.

Technical aspects of this press release have been reviewed and approved by Eric Saderholm, P.Geo., the designated Qualified Person (QP) under National Instrument 43-101.

American Pacific Mining Corp. is a gold explorer focused on precious metal opportunities in the Western United States. Tuscarora is a high-grade, early stage gold project located in a prime precious metal district in Nevada, only 35km northeast of the Carlin trend, 20km southwest of the Jerritt Canyon deposit, and 50km east-northeast of the Midas deposit. American Pacific is Eyeing a Gold Discovery amidst gold’s next bull market.