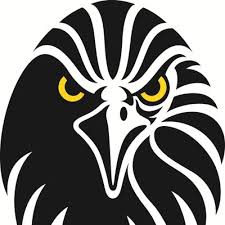 The Phase I drill program included 15 holes of combined core and reverse circulation drilling totaling 4,581 metres. Highlights from the program include:

“Our Phase I drill program was focused on identifying new zones of mineralization at our Gooseberry Project and we believe we have succeeded,” stated American Pacific President Eric Saderholm. “We believe this newly discovered zone represents at least one parallel vein set and possible mineralized crossing features that were never identified during previous mining which terminated in 1991. This vein and structural system are along the same trend and in the same host rocks with apparently the same depositional timing and similar mineralogy as the storied Comstock Lode, which produced 192 million ounces of silver and 8.3 million ounces of gold2 during the mid-1800s. American Pacific is now conducting an aggressive geochemical program to help further define this newly discovered mineralization and identify additional targets to the west. A Phase II drilling program will be based upon the results of this work.”3

Table 1. Highlighted Drill Intercepts from Phase I Program at Gooseberry is available at

Zachery Hibdon, American Pacific Chief Geologist stated: “At the GB east target zone (Figure 1) we noted a consistent and mappable structural zone highlighted by a breccia with andesite clasts in a clay gouge matrix (Image 1). This zone always preceded a zone of increased silicification, oxidation and veining in the andesite country rock that transitioned to heavily veined zones hosting our higher-grade mineralization. These 2021 intercepts are located a significant distance from the old mine workings highlighted in the Figure 2 plan map. It appears we are in a parallel vein system to the historic Gooseberry vein. This first phase of drilling along with a comprehensive 2022 soil, rock-chip, and mapping program targeted for spring 2022 will provide us data from which to define new drill targets for Phase II drilling later this year.”

Image 1. Breccia with Andesite Clasts in a Clay Gouge Matrix is available at

The Company has begun a sampling program of roughly 3000 soil samples as part of the target refinement work in advance of Phase II drilling. The goal of this sampling is to identify the GB vein analog targets to west target area. Once completed and modeled in a 3D space the Company expects to commence a second drill campaign.

The Company also announces that it has granted 2,900,000 incentive stock options to certain directors, officers and consultants in accordance with its stock option plan. The Options are exercisable at $1.01 for a period of 5 years from the date of grant.

Technical aspects of this press release have been reviewed and approved by the designated Qualified Person under National Instrument 43-101, Eric Saderholm, P.Geo.

American Pacific Mining Corp. is a precious metals explorer focused on opportunities in the Western United States. The Company’s flagship asset is the high-grade, past-producing Madison Copper-Gold project in Montana, under option to joint venture with Kennecott Exploration Company, a division of the Rio Tinto Group, which the Company acquired in 2020. For this transaction, American Pacific was selected as a finalist in the S&P Global Platts Global Metals Awards, an annual program that recognizes exemplary accomplishments in 16 performance categories, including ‘Deal of the Year,’ the category in which American Pacific Mining competed. The awards program is hosted by S&P Global Platts, the leading independent provider of information and benchmark prices for the commodities and energy markets. Also in the American Pacific’s asset portfolio are the Gooseberry Silver-Gold project and the Tuscarora Gold-Silver project: two high-grade, precious metals projects located in key mining districts of Nevada, USA. The Company’s mission is to grow by the drill bit and by acquisition.