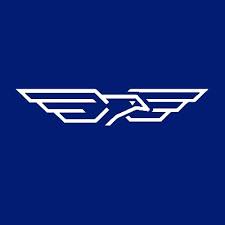 The gross proceeds of the Offering will be used for exploration and development of the Company’s TLC Project, Falchani Project and the Macusani Project, and for working capital and general corporate purposes.

The Offering was co-led by Eight Capital, Echelon Wealth Partners Inc. and TD Securities Inc., on behalf of a syndicate of agents that also included Roth Canada, ULC. In consideration for their services, the Agents received an aggregate cash commission of $2,061,617.85 from the Company.

The securities issued in connection with the Offering are subject to a statutory hold period expiring March 4, 2022.

Andrew Bowering, Chairman and Director of the Company, Simon Clarke, Chief Executive Officer and Director of the Company and Philip Gibbs, Chief Financial Officer of the Company participated in the Offering and acquired an aggregate of 415,000 Units. The purchases constitute “related party transactions” within the meaning of Multilateral Instrument 61-101 – Protection of Minority Security Holders in Special Transactions (“MI 61-101”). The issuances are exempt from the formal valuation and minority shareholder approval requirements of MI 61-101 as they were a distribution of securities for cash and the fair market value of the Units issued to and the aggregate consideration paid by Mr. Bowering, Mr. Clarke and Mr. Gibbs did not exceed 25% of the Company’s market capitalization.

American Lithium, a member of the TSX Venture 50, is actively engaged in the acquisition, exploration and development of lithium projects within mining-friendly jurisdictions throughout the Americas. The Company is currently focused on enabling the shift to the new energy paradigm through the continued exploration and development of its strategically located TLC lithium claystone project in the richly mineralized Esmeralda lithium district in Nevada as well as continuing to advance its Falchani lithium and Macusani uranium development projects in southeastern Peru. Both Falchani and Macusani have been through preliminary economic assessments, exhibit strong additional exploration potential and are situated near significant infrastructure.