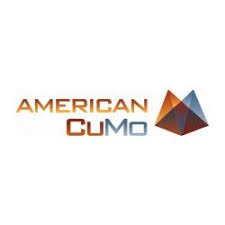 American CuMo Mining Corporation (TSX-V: MLY) (OTC Pink: MLYCF) is pleased to announce that International CuMo Mining Corporation, the Company’s subsidiary, has closed the initial tranche of the sale of silver units in the amount of US $1,089,00 pursuant to the previously announced silver unit financing (see the Company’s news release dated April 7, 2021). Of this Initial Tranche,1,000 Units were subscribed for by the Company, and the subscription price was credited again the intercompany loan owed by ICMC to the Company.

The Financing involves the sale of up to 12,500 Units by ICMC at a price of US $1,000 per Unit, with each Unit consisting of a secured note in the principal amount of US $1,000 and a right to enter into a silver purchase and sale agreement with ICMC. The Notes are secured against certain assets of ICMC; bear interest at a rate of 7.5% per annum payable semi-annually on June 30 and December 31; and have a term expiring May 31, 2028. With the consent of the holder of the Note, ICMC could prepay all or any portion of the principal amount outstanding under such Note at any time, provided that any prepayment in whole or in part of the Note would cause the Silver Purchase Right to immediately expire. Computershare has agreed to act as trustee for the Notes. The Notes are tradable on the Vienna Stock Exchange and identified as Collateralized Silver Purchase Right Bond CUMO S3 with ISIN AT0000A2R0R7.

Proceeds from the sale of the Units will be used to further develop the Company’s flagship asset, the CuMo Project, a large molybdenum, copper, and silver property located in Idaho, including: updating the resource calculation, updating the economic analysis, expanding metallurgical testing, conducting in-fill drilling and conducting environmental base-line studies, as well as to reduce current trade payables as disclosed in the Issuer’s consolidated financial statements, and for general working capital purposes. Proceeds may also be used to initiate the data gathering and exploration work to be conducted at the Bleiberg project in Austria.

Concurrently with closing of the Initial Tranche, Acepac Holdings Inc. (“Acepac”) and the Company have agreed to settle their ongoing lawsuit. The Company is to assign to Acepac the 1,000 Units it acquired from ICMC and, in return, Acepac will renounce all claims against the Company.

In other news , ICMC has submitted applications for US government grants tied to the development of US based critical minerals. The current grants applied for involve partnerships with various academic institutions involving the use of Rhenium in the capturing and sequestering of carbon dioxide and the development of high temperature jet and rocket engines. The applications have been received and ICMC is awaiting to find out notification of their status. The approval process is expected to take several months.

The Board of Directors have decided to terminate the Calida Option Agreement signed in October 2016 and, as per the agreement, all claims owned at Calida are assigned to the original owners. Calida was a grassroots project that did not fit with the Company’s objectives and its disposal will allow the Company to focus on its two main projects, CuMo and Bleiberg.

At Bleiberg, now that the Covid-19 restrictions are slowly being reduced, the Company has initiated dialog with the various Austrian government agencies to begin the process of gaining access to the historic mine records, in particular drill results, historic mining resources and reserves, mine production, targets and ore body development in the 20 kilometer long mining complex.

CuMoCo is focused on advancing its CuMo Project towards feasibility and developing its zinc-germanium-lead-cadmium-fluorite deposit in Austria. Management is continuing to build an even stronger foundation from which to move the Company and its projects forward.