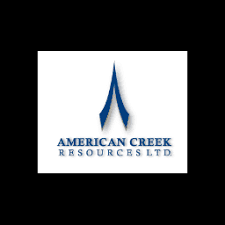 American Creek Resources Ltd. (TSX-V: AMK) is pleased to report the assays from phase 1 drilling from the 2019 fall drill program that was conducted at the company’s 100% owned Dunwell Mine property located in the Golden Triangle of British Columbia.

The Dunwell Mine is a high-grade past producing polymetallic mine located just 8km by road from the shipping town of Stewart. This property boasts exceptional logistics and a rich mining history with significant potential for future development. A significant geological feature running through the property is the Portland Canal Fissure Zone. With the recent acquisition of the Glacier Creek claims American Creek now controls 5km of the 6.5km Portland Canal Fissure Zone which contains numerous high-grade polymetallic mineral occurrences including two past producing mines (the Dunwell and Portland Canal). Very little modern exploration has been done on the property. While there is huge potential exploring along the extended reaches of the fissure zone, the initial drill program was designed to test areas near the workings of the Dunwell mine itself.

The initial objective for the drill program was to test the down dip extension of the Dunwell main vein below sub-level 4. The second objective was to test geophysical anomalies from an Induced Polarization (IP) survey conducted later in the fall of 2019. Both of these objectives were successfully accomplished with this drill program.

Results show high-grade hits, including 13.2 g/t AuEq, in this series of holes that traversed from the east southeast to the east. The holes consistently hit two zones, both at the base of dikes at 22 – 26 meters and 83 – 87 meters. These two zones, seen in the five holes, run sub-parallel to the fault the drill pad was located on and trend for some distance to the north.

Hole DW19-09 was drilled to test the north extension of the main zone below level 4. The first breccia below the dike shows up in this hole with a 28.5 g/t AuEq assay and the second with a 18.4 g/t AuEq assay.

Hole DW19-10 was drilled to test below sub-level 4 but further to the southeast from hole DW19-04.

The two breccias below the dikes, seen in holes 7 and 8 are present.

All the holes intersected the breccia below the dike at about 27 meters. Holes 11, 13 and 14 appear to intersect a similar structure to that seen in hole 9. Multiple high-grade intercepts assayed as high as 24.3 g/t AuEq, 20.3 g/t AuEq, 16.3 AuEq, and 15.1 g/t AuEq while the remaining intercepts were still strong.

No modern exploration techniques or technologies have been used on the Dunwell until a cutting edge Induced Polarization (IP) survey took place in late fall of 2019. Only two of the dozens of geophysical anomalies identified in the survey in close proximity to the Dunwell Mine were drill tested in this first phase of drilling.

The last 6 holes (DW19-15 to DW19-19) were drilled to test the extent of a large IP anomaly and were successful in encountering veins of high-grade polymetallic mineralization including 19.4 g/t AuEq over 3.6m, 38.1 g/t AuEq over 0.5m and 28.4 AuEq over 0.4m with the remaining intercepts also containing significant mineralization.

Hole 16 hit a massive sulphide interval at 75 – 78 meters. Hole 20 was drilled to test an IP anomaly along the access road below the second drill pad. One small breccia was intercepted.

CEO and President, Darren Blaney stated: “Our very first drill program has intersected a significant number of high-grade veins in the vicinity of the mine workings confirming our belief in the potential of this project.

The Dunwell is an incredibly prospective property located in the heart of the Golden Triangle. It has everything going for it from amazing logistics to past high-grade production, with all indications being that there is substantive additional ore yet to be mined.

With the recent acquisition of the Glacier Creek Crown Grants we now cover 5km of the heavily mineralized Portland Canal Fissure Zone which runs for 6.5km and is associated with over a dozen high-grade gold and silver showings including two past producing mines. The potential of the property extends far beyond the old workings of the Dunwell Mine. Future exploration will be using the latest technologies to aid us in unlocking that potential.” 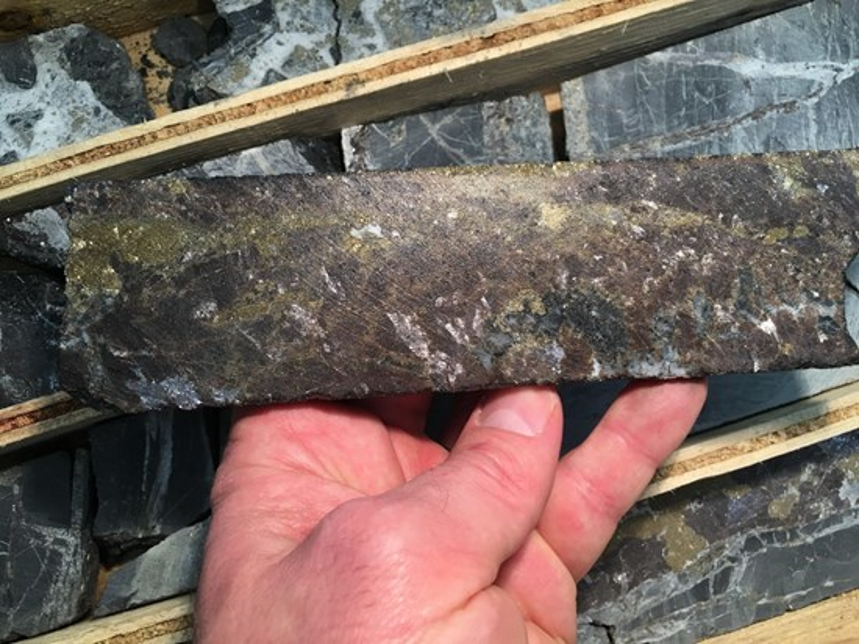 Image of Dunwell Mine drill core from 2019 program

Through a series of strategic acquisitions American Creek was able to purchase the past-producing Dunwell Mine as well as several adjoining very prospective properties, combining them into one large land package that encompasses the best gold and silver mineral occurrences and historic workings in the Bear River valley. The amalgamated property spans 2,222 hectares covering the majority of the Portland Canal Fissure Zone, an area first prospected in the late 1800’s and hosting some of the earliest producing gold and silver mines in the Stewart area.

The Dunwell project is located 8km northeast of Stewart and is road accessible with the Dunwell Mine adit itself located only 2km from Highway 37A and a major power line. Stewart hosts a deep sea port including ore loading and shipping facilities. Unlike the majority of mineral properties located near Stewart, the Dunwell is located in low mountainous terrain (700 m and lower elevation) with moderate relief. These features allow for year-round work which typically isn’t the case for exploration programs conducted in the Stewart region where projects are typically at higher altitude, are accessible only by helicopter, and lack critical infrastructure such as roads and power. The Dunwell project may just have the best logistics of any project in the Golden Triangle. 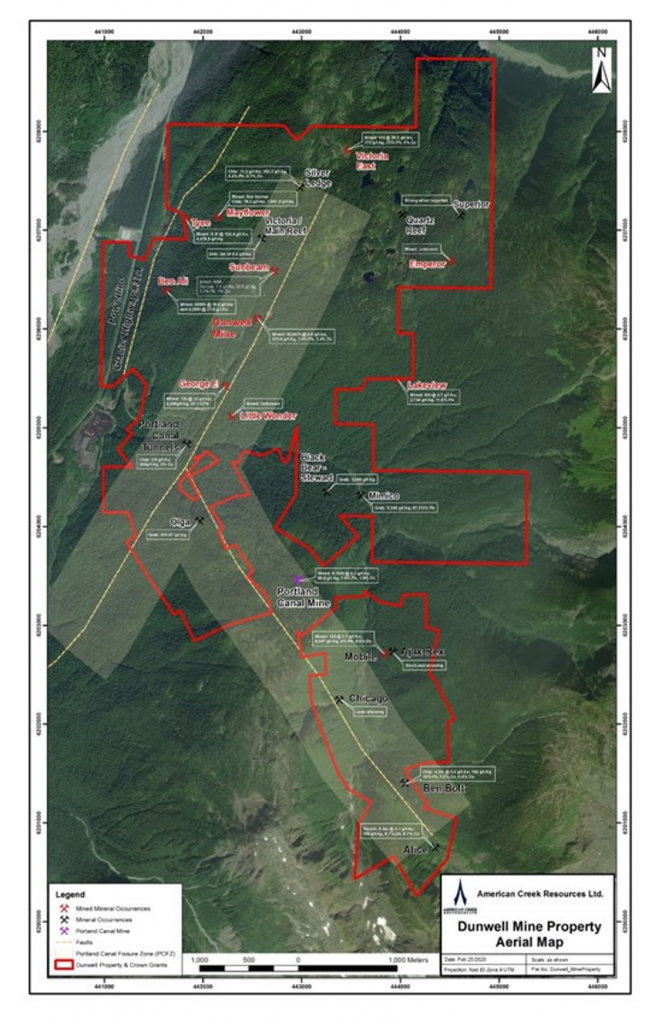 In addition to the Dunwell mine itself, the property package also contains over a dozen other high-grade gold and silver occurrences and historic small-scale gold/silver high-grading operations along a north/south trend that correlates to the fissure zone and major faulting. Some examples of the nine areas that actually produced ore are:

Each of these areas were producing during the 1930’s when exploration techniques and technology was very primitive. American Creek has already started to use the latest in exploration technology on the property and will continue to do so to unlock the great potential that exists here.

For more information on the Dunwell Mine please click here:

The Qualified Person for the Dunwell results in this new release is James A. McCrea, P. Geo., for the purposes of National Instrument 43-101. He has read and approved the scientific and technical information that forms the basis for the disclosure contained in this news release.

American Creek holds a strong portfolio of gold and silver properties in British Columbia. The portfolio includes three Golden Triangle gold/silver properties; the Treaty Creek and Electrum joint ventures with Walter Storm/Tudor as well as the 100% owned past-producing Dunwell Mine. Other properties held throughout BC include the Gold Hill, Austruck-Bonanza, Ample Goldmax, Silver Side, and Glitter King.