American Bonanza and Kerr Mines Inc. Enter Into an Agreement to Merge

American Bonanza and Kerr Mines Inc. Enter Into an Agreement to Merge 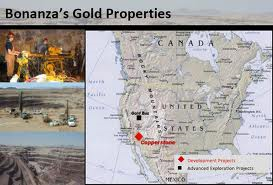 Further, pursuant to the terms of the Letter Agreement, Kerr Mines has advanced $1,000,000 at an annual interest rate equal to the prime rate plus 1%, to American Bonanza to satisfy certain amounts and payables outstanding of American Bonanza. The Loan and a break fee of $500,000 are payable by American Bonanza in the event of termination of the Transaction in certain circumstances.

American Bonanza also advises that it has received notice from a holder of an Amended and Restated Promissory Note dated April 1, 2013 issued by the Company, that the Company is in default of making interest and principal payments due under the Note. In accordance with the terms of the Note, the Company has until February 3s to cure a default from the date it is provided with valid notice.

The Note is one of a series of promissory notes issued by the Company having a principal amount outstanding of $8.6 million. The notes are governed by the terms of an inter creditor agreement that provides that the only holders of a majority of the notes may take action to recover on the notes, with the result that the subject Noteholder cannot take action to recover on the note. Pursuant to the terms of the Inter creditor Agreement, the Noteholder has also given notice of the default to the other holders of this series of notes.

Bonanza is operating the newly constructed Copperstone gold mine in Arizona, where operations have been suspended pending the completion of certain work programs and funding efforts, in order to bring the mine back into production at or above feasibility design production rates

Kerr Mines, a Canadian-based exploration and development company, is the owner of the McGarry gold mine in Ontario’s Kirkland Lake area. Including the McGarry Mine property, Kerr Mines has established a sizeable footprint of contiguous gold properties in Virginiatown on the prolific Larder Lake-Cadillac Break that extends 200 km east-west straddling the Ontario and Quebec border and that have produced 95 million ounces of gold in past operations. The McGarry Mine consists of 33 contiguous patented mining claims, including three licenses of occupation, totaling 484 hectares. The McGarry Mine is fully permitted and all equipment and systems at the site have been brought up to standards.

In addition, in December 2010, Kerr Mines signed a definitive five-year option agreement for the purchase of up to 100 percent of the mineral rights on the Kerr-Addison property, which is adjacent to the McGarry Mine. The Kerr-Addison Gold Mine was one of Canada’s largest gold producers, producing more than 11 million ounces of gold during a 58-year operating life from 1938 to 1996. In December 2012, Kerr Mines completed the purchase of the mineral rights on 18 mining claims totaling 627 acres (the Barber-Larder Property) located on the western boundary of the McGarry Mine.