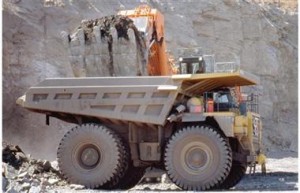 Companies spent $680 million on mineral exploration in B.C. in 2012

“As advocates for successful mineral exploration in British Columbia, we are excited to see this trend of record numbers year over year,” said Gavin C. Dirom, President & Chief Executive Officer at AME BC.

“We are pleased that advanced metal and coal exploration projects in all regions of the province have led to these impressive numbers,” said Michael McPhie, Chair of AME BC. “Our sincere hope is that many of these projects become the mines of the future to ensure that our province continues to supply the metals, coal and minerals that our society – and developing economies around the world – need for everyday life.”

Premier Clark also announced an investment of an additional $7 million to improve mineral exploration permitting and reduce the average turnaround time for Notice of Work applications. The province also announced a new online application system for filing these applications starting in February 2013. “We thank the Premier for announcing this investment in permitting agencies,” stated Dirom. “Our members have benefited from the $24 million invested in key permitting agencies as well as the introduction of multi-year, multi-area permitting. We also welcome the shift to a transparent online notice of work process that will reduce needless red tape and help meet the government’s target of a 60-day turnaround period for Notice of Work applications.”

Premier Clark also proclaimed the week of January 27 to February 2 as Mineral Exploration Week in the Province of British Columbia.

Further details about mineral exploration and development in British Columbia are available in a provincial government backgrounder at http://www.newsroom.gov.bc.ca/2013/01/securing-a-stronger-economy-by-supporting-success-in-mineral-exploration.html.