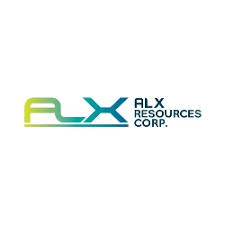 ALX Resources Corp. (TSX-V: AL) (FSE: 6LLN) (OTC: ALXEF) is pleased to announce that new zones of nickel and copper mineralization have been intersected in the third hole of the 2020 drilling program at its 100%-owned Falcon Nickel Project located in the northern Athabasca region of Saskatchewan, Canada.

ALX reports that drill hole FN20-003 on the V-3 conductive target completed to a depth of 327 metres intersected sulphide mineralization in two zones, the first from 234.69 to 235.92 metres and the second between 246.22 and 247.38 metres. The presence of nickel and copper mineralization in hole FN20-003 has been confirmed by the use of a portable Niton™ Model XL3t GOLDD+ X-ray fluorescence device on the drill core. Preliminary logging describes the mineralized interval as containing disseminated to semi-massive, net-textured sulphides, with visible pyrrhotite, chalcopyrite and pentlandite hosted within noritic rocks. Core samples are shipped to SRC Geoanalytical Laboratories in Saskatoon, SK for base metals analyses with results expected later in March 2020.

V-3 was chosen as a drill target following ALX’s review of a 2005 airborne survey that identified a deep airborne electromagnetic (“EM”) conductor near the survey detection limit of the era. ALX’s subsequent surface geochemical work over the V-3 conductor in 2019 to 2020 found nickel-copper anomalies in both soil and lake sediment samples, and a follow-up ground EM survey was completed in March 2020 to better define the target. A borehole EM survey was carried out on hole FN20-003 after its completion, which, through Maxwell computer modeling, indicated a large, “off-hole” conductive zone lying above the mineralized intersections. ALX’s third drill hole is believed to have “clipped” mineralized stringers represented by the smaller, “in-hole” anomaly that could be related to the larger conductive zone – modeling results indicate a potential size for the “off-hole” anomaly of approximately 365 metres long by greater than 50 metres of depth extent.

“Intersecting magmatic sulphide mineralization in a second target area is further validation of ALX’s exploration process,” said Warren Stanyer, CEO and Chairman of ALX. “The V-3 target was developed solely by the Company, and demonstrates potential for a significant nickel-copper discovery.”

Impact of the COVID-19 Virus on the 2020 Exploration Program

ALX has suspended further exploration work at Falcon until further notice. The Government of Saskatchewan declared a province-wide, public health emergency on March 18, 2020. In the final week of the drilling program, although no COVID-19 virus infections were reported in the northern community of Stony Rapids, SK, the Company undertook precautionary measures following the escalation of infections reported in Canada and around the world. ALX’s on-site workers in the 2020 drilling program were supplied with disinfectant sprays, sterile towels and disposable gloves in order to carry out their duties for the remainder of the program. In addition, ALX has temporarily closed its Vancouver head office with employees instructed to work from home until otherwise notified.

About the Falcon Nickel Project

Falcon is located within the Tantato Domain, which forms a segment of the Snowbird Tectonic Zone. ALX acquired claims at Falcon beginning in May 2019 by way of staking and through three separate land purchases, bringing the size of the Project to approximately 20,002 hectares (49,427 acres) (see ALX news releases dated June 12, 2019, October 7, 2019 and October 24, 2019).

Falcon hosts a magmatic nickel-sulphide mineralizing system that has been underexplored by modern methods until its acquisition by ALX. A long history of exploration beginning in 1929 discovered numerous nickel-copper-cobalt showings within Falcon’s boundaries, including the Axis Lake deposit, the Rea Lake deposit and Currie Lake.

A helicopter-supported diamond drilling program has been completed at Falcon, which started in early March 2020. Mobilization of the drill rig and personnel is achieved from the town of Stony Rapids, SK, located approximately 18 kilometres by air from the centre of the Project. Stony Rapids is connected to the Saskatchewan highway system by all-weather Highway 905 and has a fully-serviced airport to support both fixed-wing aircraft and helicopters.

A site visit carried out by ALX in October 2019 at Currie Lake confirmed grades in surface rock samples of up to 3.17% nickel and 0.40% copper from historical trenches, along with anomalous grades of cobalt, gold and platinum group metals (see ALX news release dated November 20, 2019). Through modern geophysical modeling, ALX subsequently identified highly-prospective targets in three areas that were not defined by historical exploration. Falcon hosts other geophysical anomalies that ALX intends to methodically test by geophysical modeling, ground-truthing and diamond drilling, if warranted.

The identification of nickel-copper mineralization in drill core described in this news release was by field use of a handheld Niton™ Model XL3t GOLDD+ X-ray fluorescence (“XRF”) spectrometry device. XRF spectrometry is a non-destructive method of material characterization, allowing for primary confirmation of the elemental and chemical make-up of geological samples. ALX does not rely upon XRF spectrometry for conclusive geochemical analysis but as a useful tool to prioritize sampling of drill core and identification of minerals.

ALX’s mandate is to provide shareholders with multiple opportunities for discovery by exploring a portfolio of prospective mineral properties, which include nickel-copper-cobalt, gold and uranium. The Company executes well-designed exploration programs using the latest technologies and holds interests in over 200,000 hectares in Saskatchewan, a stable Canadian jurisdiction that demonstrates strong potential for economic base metals deposits, and hosts a producing gold mine as well as the highest-grade uranium mines in the world. ALX has recently acquired the Falcon Nickel and Flying Vee Nickel projects in northern Saskatchewan, the Vixen Gold Project in the historic Red Lake Mining District of Ontario, Canada, and the Draco VMS Project in Norway.