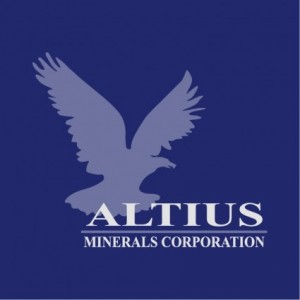 Altius Minerals Corporation (TSX:ALS) is pleased to announce the signing of a strategic exploration alliance agreement with Virginia Mines (TSX:VGQ) whereby Altius and Virginia will cooperate to explore geological settings favourable for various types of mineral deposits in the western Labrador and northeastern Quebec.

This strategic alliance merges two project generation teams that have exhibited excellent track records of exploration success as well as attracting strong joint venture partners to their respective jurisdictions of focus in eastern Canada. Virginia and Altius will share their collective experience and databases, co-fund exploration programs, and jointly seek partners for any new projects that are created in the Labrador Trough. A total budget of approximately $600,000 will be allocated to the 2013 campaign.

This is the second strategic alliance between Virginia and Altius, the first being announced in 2012 to explore in the North Shore area of Quebec and in southern Labrador. Field programs for both alliances are set to commence shortly.

Altius is focused on the mining and resources sector through prospect generation and the creation and acquisition of royalties and investments. Altius has a strong financial position with total assets of approximately $257 million, including $145 million in cash and marketable securities. It has also built a portfolio of directly and indirectly held junior resource investments, including 32.9 million shares of Alderon Iron Ore Corp. (TSX:ADV).

Altius owns a 3% gross sales royalty on the Kami iron ore project of Alderon, an effective 0.3% net smelter return royalty on the producing Voisey’s Bay nickel-copper-cobalt mine, a 2% gross sales royalty on uranium in the Central Mineral Belt project of Paladin Energy Limited, and several earlier stage resource project royalties. Its growing project generation pipeline consists of a diversified portfolio of exploration projects, many of which have attracted joint venture funding partners.

Altius is a member of the S&P/TSX Global Mining Index and currently has 27,833,404 shares outstanding.