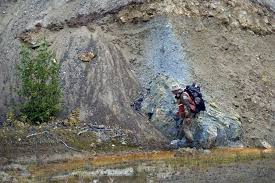 Alternative Earth Resources Inc. (TSX-V:AER) and Kiska Metals Corporation (TSX-V:KSK) are pleased to announce that they have signed a non-binding Letter of Intent outlining the terms of a transaction whereby AER will acquire from KSK a 100% interest in Kiska’s Whistler Project located in southern Alaska. It is intended that the LOI will be replaced by a definitive and binding agreement in mid-April, 2015. A shareholder meeting to approve the transaction is scheduled for June 23, 2015.

Under the LOI, which has been approved unanimously by the directors of both AER and KSK, AER will acquire the Whistler Project, including the mining claims and certain physical assets belonging to the project, in exchange for the issuance of 24,482,115 common shares in the capital of AER, which will represent 50% of the post-transaction issued capital of AER. After completion of the transaction, AER will have 48,964,230 shares outstanding (51,682,230 fully diluted) and the board of directors of AER will be reconstituted to include five directors. Grant Ewing, currently CEO of KSK, will become CEO of AER and Brian Fairbank, the current CEO of AER, will become Executive Chairman. The transaction is subject to TSX Venture Exchange acceptance for both KSK and AER, receipt of required third party consents, AER shareholder approval, receipt by AER of an independent Valuation Report and a Title Opinion on the Whistler Project. The working capital of AER at closing is estimated to be not less than $2,100,000.

The parties have not yet assigned a value to this transaction, which will be valued in the context of the market. An independent Valuation Report has been commissioned by AER.

“Alternative Earth is pleased with the potential acquisition of the significant Whistler Deposit, the encompassing Porphyry Gold-Copper District and the physical project assets following an extensive search and due diligence process” stated Brian Fairbank, CEO of Alternative Earth Resources Inc. “I believe the timing is right relative to possible improvement in gold and metal prices, however, Alternative Earth’s available cash is sufficient to sustain the Company and the Whistler assets through several years if necessary. The Company can add near-term value by re-evaluating the extensive geophysical and drilling data base augmented by new field studies in a rich target environment.”

Technical information pertaining to the Whistler Deposit contained in this News Release has been obtained from a technical report “Resource Estimate Update for the Whistler Copper Gold Deposit and Results of Property Wide Exploration” prepared in compliance with National Instrument 43-101 by Morris and dated March 17, 2011. For further information concerning the Whistler Deposit and the Whistler Property, refer to the Resource Report which is available under KSK’s corporate profile on SEDAR at www.sedar.com. An updated Resource Report to be prepared by Morris will be obtained by AER in connection with the transaction.

A 3300 foot, all weather, gravel airstrip completed in 2011 is capable of landing DC-3 class and smaller aircraft and includes a 30,000 gallon (113,400 liter) fuel storage facility. Shop and warehouse buildings and an equipment lay-down area off the runway are provided for drilling and other contractor support. The camp and airstrip are connected to the Whistler Deposit and Whistler Orbit areas by a six kilometer access road.

In addition to the Whistler Deposit, excellent potential exists to discover additional gold-copper deposits within the boundaries of the large Whistler Property. For example, gold-copper porphyry occurrences (Raintree West, Raintree North, Rainmaker, and Dagwood prospects) within a low-lying, glacial till covered area known as the “Whistler Orbit” immediately northeast, east and southeast of the Whistler Deposit have been discovered and partially tested by 2008-2011 drilling of geophysical anomalies, principally aeromagnetic and induced-polarization (IP) chargeabilty highs. The Snow Ridge prospect, three kilometres northwest of the Whistler Deposit, is distinguished by a large gold-copper-molybdenum soil anomaly and a partially coincident IP anomaly occurring within the same geological environment as is host to the Whistler Deposit. Other resource development targets occur at the Island Mountain gold-copper porphyry cluster located 22 km southwest of the Whistler Deposit. Drilling at the Island Mountain Breccia Zone encountered 0.71 g/t gold, 2.60 g/t silver and 0.15% copper over 252 metres in hole IM 10-13; 0.73 g/t gold, 2.49 g/t silver and 0.11% copper over 135 metres in hole IM11-18 and 1.00 g/t gold, 2.29 g/t silver and 0.12% copper over 161 metres in IM11-20. The Breccia Zone has been extended by drilling over an area approximately 400 by 700 metres and remains completely open to the north. The Howell Zone, 1500 metres northeast of the Breccia Zone, is defined by highly anomalous copper-gold soil and rock geochemistry, outcrops of mineralized breccia and monzonite intrusive rock, and a strong magnetic high anomaly – no drilling has been done on the Howell Zone. Lastly, the Muddy Creek gold occurrence, an Intrusion Related Gold system geologically distinct from the Whistler and Island Mountain porphyry systems, is comprised of sheeted, centimetre-wide gold-sulphide veins in fractured monzonite intrusive with grab samples (5 to 10 centimetres wide) ranging from 2 to 14 g/t gold and localized, meter-wide shatter zones with grab samples (5 to 10 centimetres wide) up to 30 g/t gold, encompassed in a 3200 metre by 3200 metre area. This large area, which has the geological potential to host both high-grade gold structures and/or a low-grade bulk tonnage system, has only been targeted by three drill holes, with results including 0.43 g/t gold over 38.8 meters in hole MC11-001 and 0.44 g/t gold over 44.2 metres in MC11-002.

The Whistler Deposit, Whistler Orbit and all named prospect areas within the Whistler Property present opportunities to further expand the gold-copper resource base on the project. New exploration will incorporate an in-depth review, fresh analyses and integration of the considerable trust of geophysical, geological, drilling and assay data, along with new prospecting and geophysical surveys. Deep penetrating IP, seismic and gravity surveys will be considered to map structure, better determine the geometry of established targets, identify new targets, and to prioritize future exploration and development drilling.

Further information concerning the progress of the proposed transaction will be disclosed in due course. Take note that the transaction contemplated by the LOI is subject to numerous conditions, and there is no certainty that it will be completed on the schedule or in accordance with the terms described in this News Release. Accordingly, investors should use caution when trading in the securities of both AER and KSK.