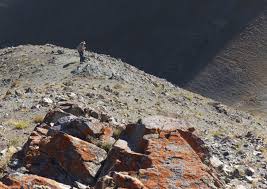 EBRD has 61 shareholders (59 Governments and 2 International Institutions) and invests in 29 countries from central Europe to central Asia. EBRD is the largest institutional investor in Mongolia.  Mongolia became an EBRD country of operations in October 2006 and since the beginning of its operations in Mongolia, the EBRD has committed through debt and equity investments more than US$ 684 million to the Mongolian private sector through 52 projects in sectors ranging from banking to manufacturing and from mining to agribusiness.

“We are delighted to have attracted a partner of the calibre of EBRD.”

“As shareholders will be aware, the ability for junior explorers such as Altan Rio to raise capital to fund ongoing activities is somewhat limited in the current market environment. As such, by entering into this agreement, Altan Rio has substantially reduced financing uncertainty.”

The Private Placement is the first tranche of a potential investment in the Company by EBRD of a minimum of $5,000,000 and a maximum of $10,000,000 under a subscription agreement and framework agreement between the parties.  Subsequent tranches under the Financing Agreements remain subject to a number of conditions precedent.  For additional information regarding the Private Placement and the Financing Agreements see the Company’s press releases dated January 8 and February 20, 2014.

The common shares issued under the Private Placement are subject to a four month hold period under applicable securities laws and exchange policies, expiring September 17, 2014.


Altan Rio, founded in 2007, is based in Vancouver BC, Canada. Using innovative exploration targeting techniques and leveraging long-term in-country experience, the company explores large-scale gold and copper projects in Mongolia, one of the world’s most prospective mineral regions. The Company’s license holdings in Mongolia, which total more than 103,341 hectares (255,361 acres), contain significant zones of newly identified primary gold and copper mineralization across a very large area of unexplored ground.