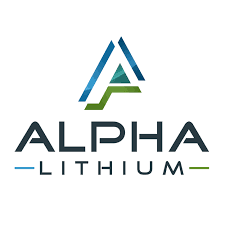 Alpha Lithium Corporation (TSX-V: ALLI) (OTC: ALLIF)  owners of one of Argentina’s last undeveloped large lithium salars is pleased to announce that it has closed a bought deal financing resulting in $5.75 million in proceeds. The undertaking consisted of a $5 million financing with a $750,000, 30-day, over-allotment option which the Underwriter immediately exercised to fulfil demand.

Founded just under six months ago, the Company is now in the enviable position of having a cash balance of over $10.0 million on hand to execute its strategic plan.

The efforts consisted of a previously announced short form prospectus offering, on a bought deal basis, including the full exercise of the underwriters’ over-allotment option in the form of Units of the Company. A total of 8,846,156 Units of the Company at a price per Unit of $0.65 were purchased for aggregate gross proceeds of $5.75 million. The Offering was conducted by Leede Jones Gable Inc.

Each Unit is comprised of one common share of the Company and one Common Share purchase warrant. Each Warrant entitles the holder to purchase one Common Share for a period of 24 months following the closing of the Offering at an exercise price of $0.80.

The net proceeds of the Offering will be used to fund mineral exploration expenditures on the Company’s Tolillar Lithium Project in Argentina as well as general working capital purposes.

Company CEO, Brad Nichol states, “The successful conclusion of this financial injection is both validation and motivation regarding our efforts in Argentina. Our recent news release of July 16 announcing the very positive results at the northern portion of our Tolillar Salar property provided the stimulus which led to the announcement on August 5 of our plans to expand our exploration efforts to the south which was quickly followed by our August 26 news regarding the commencement of an extended geophysics program.”

“With our local team providing an exceptional degree of commitment to safety in the face of unprecedented health considerations, the excitement to move ahead is unmistakable,” continues Mr. Nichol. “The ongoing road and field camp construction concurrent to the exploratory efforts is driven by a positivity with each successive report from the field. We don’t have to look any farther than the nearby productive Hombre Muerto Salar to recognize what a large area successful outcome looks like and so far, we are encouraged by the results to-date. The success of this financing will help propel our efforts in Argentina, which ultimately aids our commitment towards building continued shareholder value.”

Regarding summary details of the financing, in consideration of their services the Company paid the Underwriter a cash commission equal to 7% of the gross proceeds of the Offering, and issued the Underwriter options to acquire up to 619,230 common shares of the Company at a price of $0.65 for a period of 24 months from Closing.

The securities being offered have not been, nor will they be, registered under the United States Securities Act of 1933, as amended, and may not be offered or sold in the United States or to, or for the account or benefit of, U.S. persons absent registration or an applicable exemption from the registration requirements. This news release will not constitute an offer to sell or the solicitation of an offer to buy nor will there be any sale of the securities in any state in which such offer, solicitation or sale would be unlawful.

Alpha Lithium is a growing team of industry professionals and experienced stakeholders focused on the development of the Tolillar Salar. Together, we have assembled 100% ownership of what may be one of Argentina’s last undeveloped lithium salars, encompassing 27,500 hectares (67,954 acres), neighboring multi-billion-dollar lithium players in the heart of the renowned “Lithium Triangle”. Other companies in the area exploring for lithium brines or currently in production include Galaxy Lithium and POSCO at salar Hombre de Muerto; Livent at salar Hombre de Muerto; Orocobre on salar Olaroz; Eramine SudAmerica S.A. on salar Centenario; Gangfeng and Lithium Americas on salar Cauchari.