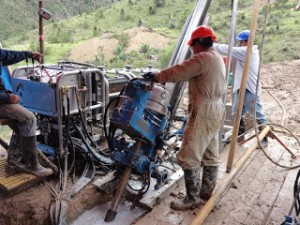 Morgan J. Poliquin, President and CEO of Almaden noted that “We were approached by a small group of strategic investors some of whom are already long term shareholders of the Company. This group of people are focussed on Mexico and are excited about the potential of our Ixtaca gold-silver project and the prospect generation process that Almaden follows. We are convinced that these investors will provide important support for the Company in developing this exciting Mexican asset. Most importantly this financing allows us to confidently continue our Ixtaca exploration and development program, which the Company had previously considered modifying in the context of the present very challenging financial marketplace. We are pleased to be able to continue our exploration efforts at a conservative and prudent pace.”

Almaden is a well-financed mineral exploration company working in North America. The Company has assembled mineral exploration projects, including the Ixtaca Zone and the Tuligtic project, through its grass roots exploration efforts. Almaden’s business model is to provide shareholders with opportunities of capital gain by using its technical expertise to find, acquire and develop early-stage mineral properties. The company intends to expand this business model, described by some as prospect generation, by more aggressively exploring several of its projects including the Ixtaca Zo