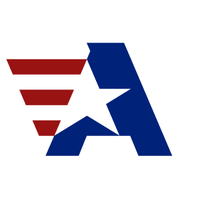 Allegiant Gold Ltd. (TSX-V:AUAU) (OTCQX:AUXXF) is very pleased to announce the results of 49 exploration RC drill holes, totalling 5,850 metres, drilled in the Castle Zone around the former producing Boss pit, located within the Eastside gold project. Eastside hosts a current NI 43-101 pit-constrained Inferred resource of 1,094,000 ounces gold equivalent from 57,050,000 tonnes grading 0.60 g/t AuEq*, however, the Eastside resources estimate which was carried-out in 2020, did not include the Castle Zone.

The shallow at surface mineralization and good gold grade at the Castle Zone are a game-changer for the Eastside project for the following reasons:

All assays have now been received and interpretation is continuing within the greater Castle Zone. Some of the highlights include:

The Drilling encountered very shallow gold best described as a blanket-like zone which commences at an approximate depth of between 0-30 meters, and consistently continues for 20-40 meters in thickness. Gold is hosted in Tertiary andesite and rhyolite tuff, associated with quartz stockworks, iron oxides along fractures, argillization, and occasionally massive silicification. The Tertiary volcanic rocks overlie Paleozoic rocks of the Palmetto Formation which were encountered at depth in nearly all the drill holes. Drill intercepts (using a 0.1 g/t cutoff gold) for the 49 holes are shown in an attachment form (Table 1). Most of the holes were angle holes drilled in a variety of directions at 45 degrees. Essentially all of the mineralization in drilling is deemed as “oxide” visually.

Peter Gianulis, CEO of Allegiant Gold, commented: “We continue to be pleased by the ongoing results and advancement at Eastside. Given the favorable location of the project, superior access to infrastructure, the shallow nature of the mineralization in the Castle Zone, and the potential for a low strip ratio, the results present a major leap forward for the Eastside project. Next steps planned at Castle will include expansion drilling, metallurgy, a resource estimate and a scoping study.”

* The updated resource estimate (“Updated Resource Estimate and NI 43-101 Technical Report, Eastside and Castle Gold-Silver Project Technical Report, Esmeralda County, Nevada”) was conducted by Mine Development Associates (“MDA”) of Reno, Nevada with an effective date of December 30, 2019. Contained pit-constrained Inferred Resources of 1,094,000 AuEq ounces at 57,050,000 tonnes at 0.60 g/t AuEq (gold-equivalent ounces were calculated by ALLEGIANT using a silver/gold ratio of 80:1). Heap leach extractions are expected to be around 70% and 20% for gold and silver, respectively, using a three- stage crushing procedure. Milling with a fine grind is expected to result in extractions over 90% and around 50% for gold and silver, respectively. Utilizing a 0.15 g/t cut-off for Au, measured gold was 0.54 g/t and silver was 4.3 g/t. In accordance with NI 43-101 the MDA Technical Report dated January 24, 2020 will be filed on SEDAR. This report builds on and supersedes the NI 43-101 reports of Ristorcelli (December 2016) and Ristorcelli (July 2017) titled “Resource Estimate and Technical Report, Eastside Gold-Silver Project, Esmeralda County, Nevada” prepared for Allegiant with an Effective Date of July 25, 2017. A copy of the Eastside Technical Report can be found on SEDAR at www.sedar.com.

Andy Wallace is a Certified Professional Geologist (CPG) with the American Institute of Professional Geologists and is the Qualified Person under NI 43-101, Standards of Disclosure for Mineral Projects, who has reviewed and approved the scientific and technical content of this press release.

Allegiant owns 100% of 10 highly-prospective gold projects in the United States, 7 of which are located in the mining-friendly jurisdiction of Nevada. Four of Allegiant’s projects are farmed-out, providing for cost reductions and cash-flow. Allegiant’s flagship, district-scale Eastside project hosts a large and expanding gold resource and is located in an area of excellent infrastructure. Preliminary metallurgical testing indicates that both oxide and sulphide gold mineralization at Eastside is amenable to heap leaching.