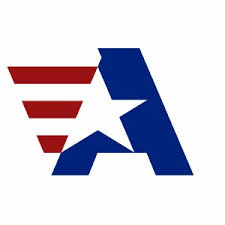 “Goldcorp’s investment is an endorsement of our team, our projects, and of our objective of making a significant new gold discovery,” said Robert Giustra, Chairman & CEO of ALLEGIANT.  “With funding in place, we’re about to kick-off an aggressive exploration program that will see six gold projects drilled over the next 10-12 months.”

The non-brokered private placement consisted of 14,130,001 common shares of ALLEGIANT at a price of CAD$0.35 per common share for gross proceeds of CAD$4,945,500.35 (the “Offering”).  All shares issued in connection with the Offering will be subject to a four month hold period.  Fort Capital Partners acted as financial advisor with respect to the strategic investment by Goldcorp and as a capital markets advisor.  ALLEGIANT will pay fees, finders’ fees and other fees, totaling CAD$270,675 in connection with the Offering.

The proceeds will be used to carry-out high-impact “discovery” exploration drill programs on six of ALLEGIANT’S high-priority exploration projects, located principally in the mining-friendly jurisdiction of Nevada.

All of the drill targets have been identified and delineated by Andy Wallace, who is credited with multiple gold mine discoveries in Nevada.  A drill rig is scheduled to arrive at ALLEGIANT’s Red Hills gold project in Nevada on August 20th for an eight-hole RC (reverse circulation) drill program, totaling up to 2,200 metres.  After Red Hills and over the next 10 to 12 months, ALLEGIANT plans to also drill the following five projects: Hughes Canyon, Monitor Hills, North Brown, Silverdome and Adularia Hill (a new target located approximately 12.5 kilometres south of the Original Zone gold deposit at the Eastside gold project).

ALLEGIANT owns 100% of 14 highly-prospective drill-ready gold projects in the United States, 11 of which are located in the mining-friendly jurisdiction of Nevada.  Six of the projects will be drilled over the next 10 to 12 months and all offer excellent discovery opportunity.  ALLEGIANT’s flagship Eastside project hosts a large and expanding gold resource, is district scale, and is located in an area of excellent infrastructure.  Preliminary metallurgical testing indicates that both oxide and sulphide gold mineralization at Eastside is amenable to heap leaching.

Andy Wallace VP and Director of Allegiant Gold (U.S.) Ltd., is a Certified Professional Geologist (CPG) with the American Institute of Professional Geologists and is a Qualified Person as defined under National Instrument 43-101 – Standards of Disclosure for Mineral Projects. Mr. Wallace has reviewed and approved the technical content of this press release.