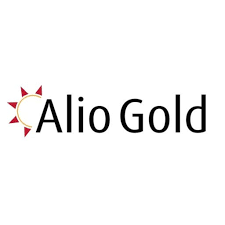 Alio Gold Inc. (TSX:ALO) (NYSE AMERICAN: ALO)  today announced that it has entered into a definitive agreement to sell non-core  assets, located 40 kilometers south of the Company’s Florida Canyon Mine in Nevada to Coeur Rochester, Inc., a wholly-owned subsidiary of Coeur Mining, Inc. (NYSE: CDE). The assets include those comprising the Lincoln Hill Project, Wilco Project, Gold Ridge Property and other nearby claims. Under the terms of the definitive agreement, the Company will receive total consideration of $19 million upon closing of the transaction, payable in shares of Coeur common stock valued based on a volume-weighted average stock price for the five (5) trading day period ending on the third trading day preceding the closing.

Recently, the Company has also substantially reduced its outstanding debt with Macquarie Bank Limited from $15 million at June 30, 2018 to $5 million as at today’s date.  The debt was reduced by making a scheduled quarterly payment of $1.25 million on September 30, 2018; by monetizing the gold hedge book for proceeds of $2.5 million; and by utilizing approximately $6.25 million in previously restricted cash to pay down the debt.  The Company expects to fully extinguish the MBL debt during the fourth quarter.

“These transactions are consistent with our strategy to focus on optimizing our operating mines to generate cash flow,” said Greg McCunn, Chief Executive Officer. “As a result of the reduction in debt and increasing our working capital we are well positioned to ramp up Florida Canyon and to continue with the pit pushback that is underway at our San Francisco Mine.  We are pleased to strengthen the balance sheet while retaining future growth opportunities at Florida Canyon which include pit rim resource expansion potential, restart of the adjacent Standard Mine and further delineating the known sulphide deposit below the current oxide resource.”

The Transaction is subject to customary closing conditions and is expected to close in the fourth quarter of 2018.  Transfer of the Wilco Project to Coeur is subject to a 30-day right of first refusal in favor of a third party. The Transaction is expected to close after either expiry or exercise of the rights.  Coeur has granted customary registration rights to Alio Gold to facilitate resales of the Consideration Shares by Alio from time to time.

The liability originated from the acquisition of the Florida Canyon Mine by Rye Patch from ADM-Gold Co., Ltd. The liability consisted of $5 million in cash and 15,000,000 share purchase warrants exercisable for Rye Patch common shares (pre January 2018 consolidation) payable upon Florida Canyon achieving certain milestones.

The Company was able to settle the contingent liability by: