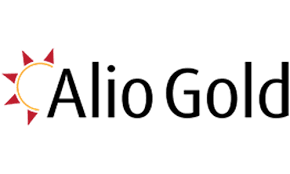 Alio Gold Inc (TSX:ALO) (NYSE AMERICAN:ALO) is pleased to provide the results of the second and third drill hole from its surface drill program at its 100% owned Ana Paula project in Guerrero, Mexico. The 3,800 metre surface diamond drill program was initiated in January 2018 and consists of six drill holes of 600 to 700 metres each targeting the complex breccia extension below the proposed open-pit.

“The results from the surface drilling continue to be extremely encouraging.  Firstly, they continue to confirm and provide further detail on the extent and continuity of the complex breccia mineralization below the proposed pit,” said Greg McCunn, Chief Executive Officer. “In addition, the hydrothermal breccia structure that lies south of the proposed pit continues to show mineralization over wide intersections near surface and may turn out to be a second mineralized breccia pipe altogether.  We are looking forward to seeing the results from the next three drill holes to see how this develops.”

The Company has initiated an extensive exploration program at Ana Paula which includes in addition to the surface drill program:

The current program from surface continues to advance with 3,102 metres of the proposed 3,800 metres program drilled to date.  The fourth and fifth hole have been completed and the last hole in the program is underway.

Alio Gold is a growth oriented gold mining company, focused on exploration, development and production in Mexico. Its principal assets include its 100%-owned and operating San Francisco Mine in Sonora, Mexico and its 100%-owned development stage Ana Paula Project in Guerrero, Mexico. Located within the highly prospective Guerrero Gold Belt on 56,000 hectares of underexplored land the Ana Paula Project is a high-grade, high margin project currently in the definitive feasibility stage. An underground decline to provide access for an exploration drill program has been initiated. The drill program will target the continuation of the high-grade gold mineralization below the proposed pit which has the potential to significantly enhance the robust economics of the project. The Company recently announced an agreement to acquire Rye Patch Gold, including its 100% owned Florida Canyon Mine and all of its resource and exploration projects along the Oreana and Cortez Gold trends. The acquisition is expected to be completed in late May 2018.  The Company also has a portfolio of other exploration properties, all of which are located in Mexico.

The scientific and technical content of this news release has been reviewed and approved by Pierre Desautels, P. Geo, a ‘Qualified Person’ as defined by National Instrument 43-101 – Standards of Disclosure for Mineral Projects who is an independent consultant to the company.

Drill holes reported in this press release were drilled using HQ sized diamond drill bits. Company personal are located at the at the drill site. Contractors and employees of Alio Gold conducted all logging and sampling. The core was logged, marked up for sampling using standard lengths of approximately 1.5 meters. Samples are then collected by sawing a ½ of the HQ core using a diamond saw with the remaining ½ portion retained for inspection at the core logging facility. The samples were catalogued and placed into sealed bags and securely stored at the site until it was shipped to sample preparation laboratory owned by ALS Chemex in Guadalajra, Mexico. The core was dried and crushed and pulverized to 85% passing 75 microns. The pulps were then shipped for assay to the ALS Chemex located in Vancouver, Canada. At that location, the samples were analysed for gold using fire assay with an atomic absorption finish (FA-AA) on a 50 gram charge. Samples returning over 10 grams per tonnes are re-assayed using a fire assay with a gravimetric finish. Samples were also analyzed for a suite of 35 elements using Aqua Regia Inductively coupled plasma atomic emission spectroscopy (ICP-AES). Over limits for silver, arsenic, zinc were re-assayed using a ore grade ICP-AES method. Quality control procedures included the systematic insertion of blanks, duplicates and sample standards into the sample stream. In addition, The Labs inserted their own quality control samples.