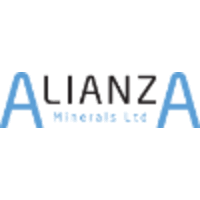 Alianza Minerals Ltd. (TSX-V: ANZ) reports drilling at the Haldane Silver Property has confirmed the presence of new silver-bearing vein targets at the Bighorn Zone. The first two holes of the program tested the Ross and Bighorn soil geochemical anomalies, neither of which has been previously tested by drilling. Highlights of the first hole at the Bighorn Anomaly include 125 g/t Ag and 4.4% Pb over 2.35 metres from 154.15 metres depth. Additional assay results are pending for the two additional holes drilled at the Mt. Haldane Vein System (MHVS) area and will be reported next.

The Haldane high-grade silver target is located in the historic Keno Hill Mining District of Yukon Territory. The 8,579 hectare property is located 25 km west of Keno City, YT in the western portion of the district. The 2019 Phase II program targeted three main areas: the newly identified Bighorn and Ross anomalies, and the Mt. Haldane Vein System (MHVS). One hole was completed at each of the Ross and Bighorn anomalies, with two holes targeting the A and B veins of the Middlecoff Zone in the Mt. Haldane Vein System target area. A total of 963 metres were cored in four holes.

The Bighorn result comes from the widest of four vein-structures intersected. This structure was cut from 150 to 159 m, and includes the 2.35 m averaging 125 g/t Ag and 4.4% Pb from 154.15 metres depth within a wider 6.60 m intersection that returned 50.1 g/t Ag and 1.85% Pb from 151.7 m. One hole at the Ross anomaly intersected zones of anomalous veining and disseminated mineralization in rocks overlying the prospective lower Keno Hill quartzite unit. It is believed that these are the manifestation of the target structures and that they may form cohesive veins at depth in the permissive units.

Jason Weber, P.Geo., President and CEO of Alianza noted that, “The first-ever drill hole at the Bighorn Zone, almost three kilometres from known mineralization, successfully intersected at least 4 mineralized structures confirming a new zone for systematic follow-up drilling. The Ross hole, which also tested a new area, returned only anomalous lead and silver values, but appears to have intersected weak structures that may be conducive to forming veins in the more brittle Lower Keno Hill Quartzite that lies below.”

At the Bighorn Zone, drill hole HLD19-15 (351 m at -50°), cut a west to east cross section near the centre of the 900 by 150 metre, north-south trending, Pb-Ag-Sn soil anomaly. Earlier surface mapping and trenching in 2019 indicates the anomaly is related to several roughly north-south striking faults and/or silicified breccia zones. Trenching within the anomaly exposed wide sections of elevated lead, up to 0.25% Pb over 10.5 m, in silicified and brecciated quartzite and phyllite of the lower Keno Hill Formation, generally leached of all sulphide.

The drill hole intersected four significant north trending, steep faults, plus several smaller faults all with associated mineralization. The most significant of these faults occurs from 150 to 159 metres and consists of gossanous, sheared and brecciated phyllitic quartzite with up to 3% scattered galena blebs. A 2.35 m section of leached carbonate-quartz veining within this fault returned 125 g/t Ag and 4.4% Pb. This fault appears to correlate with a silicified breccia/fault zone on surface (Trench BH03). The other faults that were intersected have locally weak to strong silicification, bleaching due to white mica, and gossanous fractures after iron-rich carbonate. Mineralization consists of siderite-quartz-galena-sphalerite veins and/or breccia fillings, typical mineralogy for the vein-fault zones in the Keno Hill district. Locally, poor core recovery within these faults may have negatively impacted the results, such as in the interval from 196.95 to 198.00 m where despite recovering only 45% of the core from the interval, it assayed 48.2 g/t Ag, 2.08% Pb and 2.73% Zn.

The first hole of the program tested the Ross Anomaly, a 300m by 100 m Pb-Zn-Ag soil anomaly, approximately 3 km along trend from the Middlecoff Zone on the Mt Haldane Vein System. The anomaly sits in schist and phyllite of the Upper Keno Hill Formation (Sourdough Member) in the immediate hanging wall to the contact with the Lower Keno Hill Quartzite. The Lower Keno Hill consists of massive quartzite and phyllitic quartzite, which are much better hosts for the vein-fault style of mineralization present on the Haldane Property and elsewhere in the Keno Hill District.

Drill hole HLD19-14 was drilled east at -50° for 225 m to cut under the soil anomaly looking for the lower Keno Hill contact and a potential structure related to the soil geochemical anomaly. The hole passed below the anomaly completely within schist and phyllite of the Sourdough Member. The hole contained evidence of mineralization in the schist/phyllite, including manganese and iron oxides in veinlets and shears at 69-71 m, and <0.1% galena-sphalerite disseminated along foliation at 87.4 to 94.0 m but no significant assays were returned. The hole intersected quartzite below 180 m suggesting the initial target may exist deeper on the section.

Alianza employs an exploration model of joint venture funding and self-funded projects to maximize opportunity for exploration success. The Company currently has gold, silver and base metal projects in Yukon Territory, British Columbia, Nevada and Peru. Alianza currently has four projects optioned out in Nevada and Yukon Territory, and is actively exploring on two others. Alianza’s current partners include Hochschild Mining PLC and Coeur Mining, Inc.