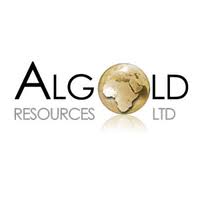 ALGOLD RESOURCES LTD. (TSX-V: ALG)  today announced the final series of assay results from the Phase IV drilling program carried out in July and August 2018 on Eleonore and Salma Vein System priority targets at the Corporation’s Tijirit Project in Mauritania.

Algold is now in receipt of all the assay results from drilling carried out as part of the Phase IV 25,000-meter drilling program, which concluded in September 2018. As per Algold’s sampling procedures, select high-grade and mineralized samples will be re-analyzed using accelerated cyanide leach methods.

The positive results demonstrate that the drilling program successfully achieved its objective of infill and step-out drilling, as well as served to test new zones where resources had not been defined. In addition to the greater sample data, the drilling results provide a better comprehension of the mineralized system at Eleonore North, Central and South, which will allow for better modelling. The February 2018 NI 43-101 Resource Estimate (reference Algold’s press release and technical report available at www.algold.com and on SEDAR) substantiate the Corporation’s confidence in the Tijirit Project, with data and results that continue to confirm the high-grade nature of the shear-hosted mineralization.

Assay result highlights from the drilling over new targets at SVS, as well as results from infill drilling at Eleonore North, Central and South are presented in Table 1.

The final holes drilled at Eleonore as part of the Phase IV program were to ensure that the upper parts of the resource area were drilled at a maximum of 40-meter spaced centers, to allow conversion of current inferred resources to the indicated category. Additionally, drilling was designed to test the potential of the down-dip mineralization at greater than 200 meters vertical depths.

Hole T18RC206 continues to demonstrate the near surface potential of the relatively shallow dipping Eleonore Central zone. Mineralization is hosted within a 12-meter wide (down-hole length, but close to true dip), biotite altered shear zone 36 meters below the surface. Higher gold grades, up to 12.8 g/t Au are associated with quartz veining within the biotite-pyrite shear zone, which is consistently mineralized over 1 g/t Au.

Results from SVS confirm the presence of a narrow, but high-grade, quartz vein hosted within a locally sheared granitoid and dipping shallowly to the west. Gold is visible in the core and variable results associated with the 50-gram fire assay analysis suggest that the gold distribution is highly erratic and nuggety.

At Eleonore East, mineralization is also associated with shearing in both the granitoids as well as the volcano-sedimentary rock package. Mineralogy is similar to Eleonore, but with the addition of arsenopyrite in the mineralized system. Hole T18RD148 intersected multiple quartz shear zones. The highest grade associated with a visible gold-rich vein was recorded at a depth of 73 meters.

These zones represent significant upside, with the potential to rapidly add additional ounces to the current mineral resource model.

Algold contracted Terretec Geophysical Services to perform downhole televiewer logging on selected holes. This borehole imaging technology takes a high-resolution image of the borehole wall. From this image, structures such as veins and foliation can be observed and orientations measured. This data, in addition to the orientations measured from the drill core, will be incorporated into the updated resource model.

The conclusion of the Phase IV drilling campaign in the Tijirit Mining Licence, marks a significant step for the Algold in its endeavour to develop Mauritania’s second large-scale gold project.

Analytical work for drill core and chips, geochemical samples and rock chip samples is carried out at the independent SGS Laboratories Ltd. in Bamako, Mali. The 50-gram fire assay with ASS finish analytical services are accredited by SANAS and are carried out with a quality assurance protocol in line with ISO 17025:2005. Samples are stored at the Corporation’s field camps and put into sealed bags until delivered by a geologist on behalf of Algold to the laboratory in Bamako, Mali, where samples are prepared and analyzed. Until the end of 2016, samples were analyzed at ALS’s facility in Loughrea, Ireland. Beginning in 2017, samples are analyzed at SGS Laboratory, Bamako. Samples are logged in the tracking system, weighed, dried and finely crushed to better than 70%, passing a two-millimeter (Tyler 9 mesh, US Std. No.10) screen. A split of up to 1,000 grams is taken and pulverized to better than 85%, passing a 75-micron (Tyler 200 mesh) screen, and a 50-gram split is analyzed by fire assay with an AA finish. Anomalous samples greater than 5 g/t Au are re-analyzed by 50-gram fire assay with gravimetric finish. Selected samples may be re-analyzed using a one-kilogram cyanide leach (Bottle Roll) using “LeachWELL” or the one-kilogram screen fire assay method. Blanks, duplicates and certified reference material (standards) are routinely inserted to monitor laboratory performance during the analysis. The independently inserted quality control samples have been reviewed on receipt of the assay results and fall within the acceptable limits as defined by Algold’s Standard Operating Procedure.

This press release has been reviewed for accuracy and compliance under National Instrument 43-101 by André Ciesielski, DSc., Geo., Algold Resources Ltd Lead Consulting Geologist and Qualified Person, and Alastair Gallaugher, C.Geo. (Chartered Geologist and Fellow of the Geological Society of London), BSc. Geology, Algold’s Exploration Manager in Mauritania, Qualified Persons as defined by NI 43−101 Standards of Disclosure for Mineral Projects. André Ciesielski has further approved the scientific and technical disclosure in the news release.

Algold is developing the Tijirit Gold Project, an area measuring more than 750 km2, which is comprised of the 306-km2 Tijirit Exploitation License and the 460-km2 Tijirit East Exploration License. The Tijirit Gold Project is situated approximately 25 kilometers southeast of the Tasiast gold mine. Exploration is being carried out on the Eleonore, Sophie I, Sophie II-III, Lily and SVS zones.