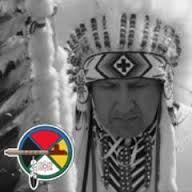 Today, Alexis Nakota Sioux Nation confirmed its commitment to remaining fully involved in all regulatory proceedings regarding Coalspur’s Vista Coal Project. Both the Alberta Energy Regulator and the Alberta Utilities Commission granted Alexis standing to participate at these hearings on the basis that the Vista Coal Project and the related AltaLink Substation Project have the potential to adversely impact the First Nation. The AER hearing will commence on January 13, 2014 and the AUC hearing is scheduled for February 3, 2014. At these hearings, the regulators will consider whether or not the projects should be approved. Each regulator will have up to 90 days to render its decision following the completion of each hearing, which may be subject to further review by either party.

“The impact of the two projects will be unique to us and we remain committed to submitting evidence at the hearings about the impacts to our Aboriginal and Treaty rights. The projects are in the heart of our traditional territory and we have four reserves and important waterways nearby. Therefore, we bear the responsibility of protecting our environment and resources in order for our people to continue to carry on our way of life. Indeed, we have a responsibility to our members, our neighbours and to all Albertans,” said Chief Tony Alexis.

The Vista Coal Project is proposed at a time when Alexis has experienced first hand the environmental risks associated with coal mine projects. The October 31, 2013 Obed Mountain coal mine pit leak, located in Alexis Territory, resulted in the leaking of 670 million litres of contaminated water and 90,000 tonnes of coal sludge from its tailings pond into the Athabasca River. “In light of the tragic Obed Mountain Mine environmental disaster, the regulators must listen very closely to our concerns about further proposed coal mine activity in our Territory. During this long and difficult process, the Alexis leadership has found strength by the guidance we received from our Elders reminding us of our sacred obligations as stewards of the land and water. Water is the lifegiver and without clean water, there would be no life on this planet. This cannot be taken for granted,” stated Chief Tony Alexis.

In respect of the AUC hearing, Alexis has yet to be engaged by AltaLink despite its efforts to advance discussions. The AltaLink substation will provide energy through Alberta’s electric system to the Vista Coal Project. Chief Tony Alexis commented on the AltaLink engagement, “What is more concerning is that we are not even at the table with AltaLink to resolve our concerns. They have offered no opportunity to meaningfully assess, mitigate and accommodate the real impacts of their project and have not provided any alternative to the hearing process.”

Chief Tony Alexis remains committed to addressing Alexis’ concerns directly with Coalspur and AltaLink. “While we are continuing discussions with Coalspur, it is unclear whether or not all of our concerns can be accommodated under an Agreement. We will try our best. As for Altalink, I can’t see how we can avoid that hearing.”

The Alexis Nakota Sioux is a signatory to Treaty No. 6, covering the central portions of Alberta. Their inherent rights pre-exist the Treaty and result from the prior occupation of Canada by sovereign Indigenous Nations. Treaty No. 6 was entered into with the mutual intention of preserving the Indigenous signatories’ ways of life while establishing a relationship that both Nations could use to foster the prosperity of all Canadians. Alexis’ Aboriginal and Treaty rights are now protected by s. 35 of the Constitution Act, 1982.