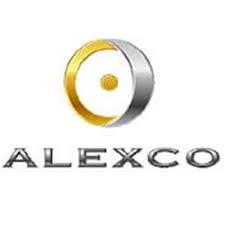 Alexco’s Chairman and Chief Executive Officer, Clynt Nauman, commented, “The Inca discovery reflects the increasing confidence our geology team has in predicting the geological setting in which these deposits occur at Keno Hill. It is another blind discovery that is open along strike and down dip, but perhaps more importantly it is within a favourable structure which has at least 800 meters of untested strike length in rocks which are known to host most of the silver deposits in the district. Clearly, more work is required in 2020 to better understand the importance of the Inca discovery.”

The Inca Fraction quartz claim is located approximately 1.5 kilometers from the district mill and covers an area in which a vein-structure demonstrates an abrupt change in strike from east-northeast to a more mineralization favourable north-northeast attitude. A total of 1,893 m were drilled in 12 drill holes with several encountering significant silver grades over wide intervals as noted above. The mineralized structure is characterized by massive, somewhat banded, mineralized hydrothermal vein and breccia over true widths of up to eight meters. The central portion of the structure is surrounded by a 20 m to 70 m fracture zone characterized by sets of narrow mineralized veinlets and stringers. The mineralization consists primarily of siderite gangue together with abundant sphalerite (note that K-19-0756 contained 10.7% zinc over a true width of 5.50 m). Argentiferous tetrahedrite is observed as coarse centimetre-width bands and as dispersed grains, closely associated with the lead minerals, generally galena or boulangerite. Pyrite, arsenopyrite, chalcopyrite, and orpiment are variably observed as accessory minerals. The vein structure displays approximately 200 m of apparent left-lateral displacement, the magnitude of which suggests this structure fits into the upper tier of Keno style mineralized structures, along with both Bermingham and Flame & Moth. The discovery drilling at Inca was mainly wide-spaced (80 m to 150 m) but ranged down to 30 m in places to test for grade-thickness continuity at the shoot scale. Drilling explored to a maximum depth below surface of 190 m and along a 280 m strike length, however, the structure is open along strike and down dip, with favourable basal quartzite containing a possible further 800 m of unexplored strike length.

Bermingham Deep (previously unreported but with location shown in the September 10, 2019 Press Release)

Following the completion of the Bermingham drilling program in August 2019, an additional 3,193 m were drilled in 19 holes on other prospects on Galena Hill (Table 1) where geophysical data indicated the presence of north-northeast striking vein segments related to historically-known silver mineralized veins. As described above, this work resulted in a new discovery along a northern segment of a vein system that is referred to as the Inca Prospect.

In total, the 2019 Keno Hill exploration core drilling program on Galena Hill concluded in mid-October with the completion of 29 holes and 8,333 m, with the majority of the effort focused at Bermingham where there was success in confirming the presence of wide structural zones containing silver and base metal bearing veins up to and over 200 m at depth below the outlined Bermingham reserve and resource. The latter part of the season was focused on drill testing for shallow, blind targets in areas where structural and stratigraphic interpretation indicated the possibility for discovery of additional silver mineralization as either extensions of known veins or previously unrecognized systems.

In addition to the Inca discovery, results have confirmed the extensions to the historically mined veins at No Cash and Dixie where 527.8 m and 771.6 m were drilled, respectively, in both cases confirming the extension of mineralized structures beyond known areas. As well as drilling and geophysics related work, Alexco initiated a trial rotary air blast (“RAB”) drilling program, primarily to obtain geological and structural information to better target follow-up diamond drilling. The program was successful and will be expanded in future exploration programs, along with follow-up of results from 2019.

The disclosure in this news release of scientific and technical information regarding exploration projects on Alexco’s mineral properties has been reviewed and approved by Alan McOnie, FAusIMM, Vice President, Exploration, who is a Qualified Person as defined by National Instrument 43-101 – Standards of Disclosure for Mineral Projects. 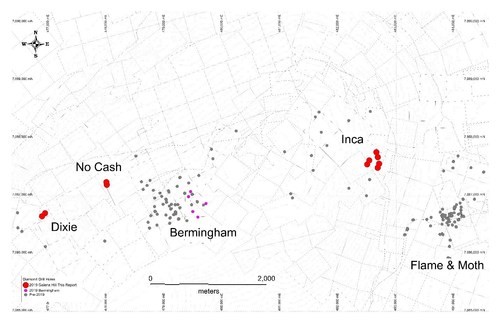 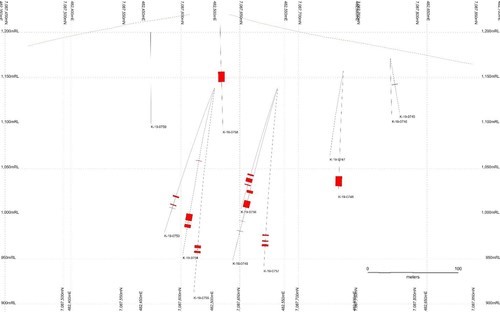